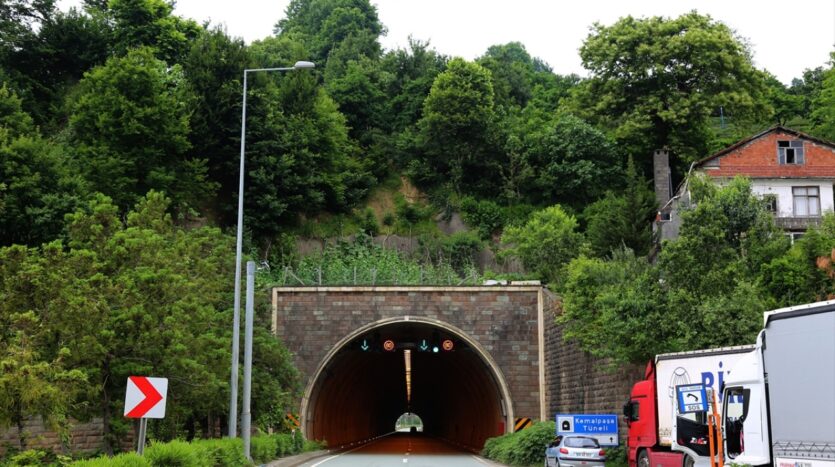 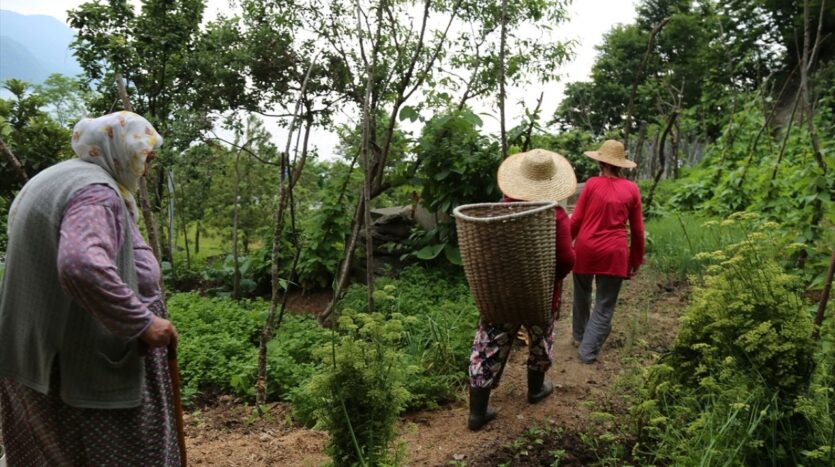 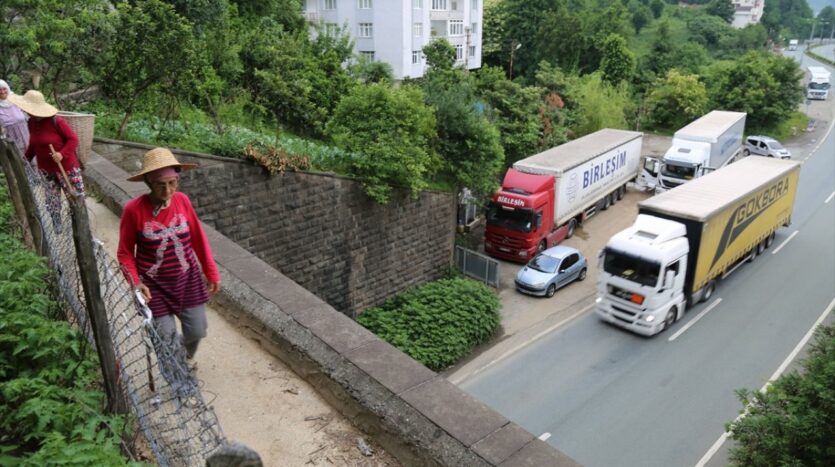 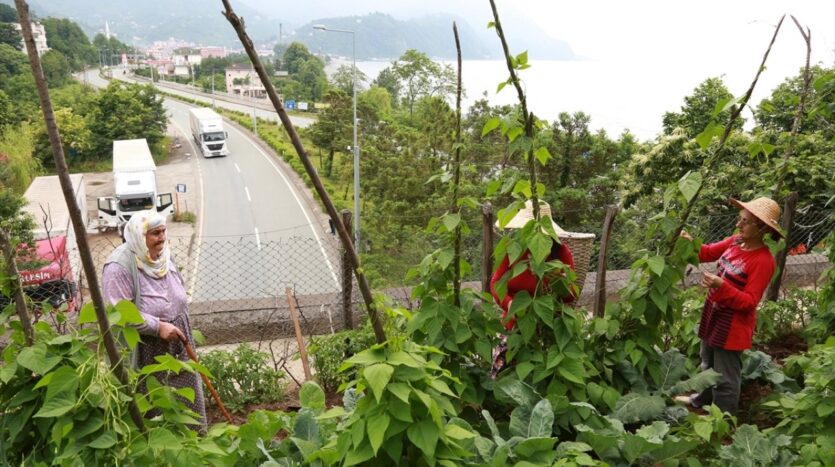 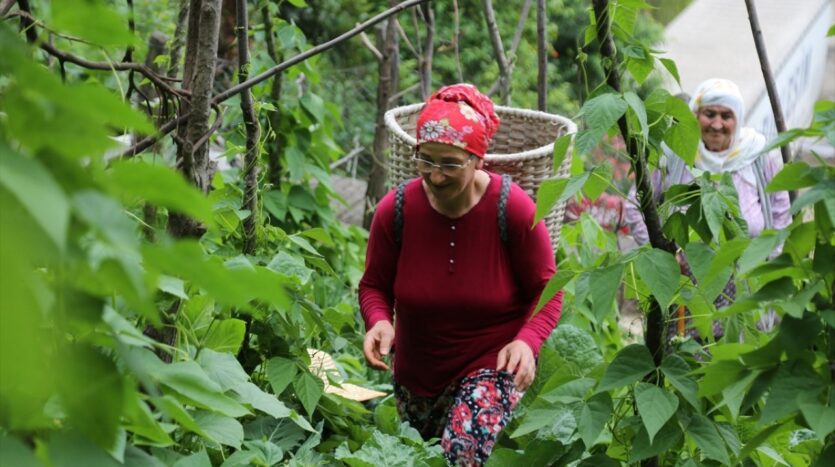 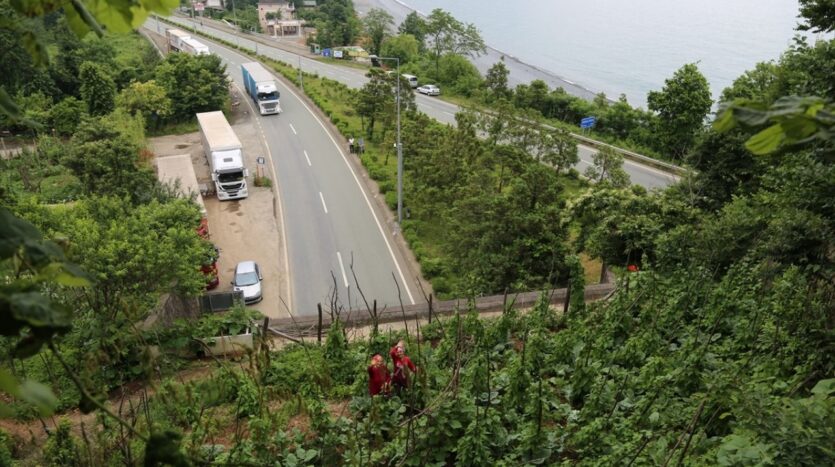 To get to know this agricultural field more in terms of creativity and great achievement, we recommend you to read this article.

The Akdemir family lives in the “Kamal Pasha” region of Artvin in northeastern Turkey, and they have converted a land located above a tunnel on the international road to a field 20 years ago, and the family continued its cultivation even after the death of Father Akdemir.

The municipality created a tunnel under the lands owned by Father Hassnu Akdemir during the construction works of the coastal road of the Black Sea, passing through the “Kamal Pasha” area in the coastal city of Hoba in the state of Artvin, whose beach is one of the most beautiful beaches of the city that are visited by local and foreign tourists in Turkey.

After the municipality obtained the approval of Akdemir to complete the road and finish building the tunnel, the family converted a one-donum area of ​​land over the tunnel into a field where different types of vegetables were planted, such as beans, corn, cabbage, and zucchini.

Fatima Akdemir, with her daughters, works in the field of cultivation and harvesting, and passers-by from their field can only be surprised at the beauty of the crops in which the family takes care of.

In an interview with Anadolu Agency, Rohan Kazanch, daughter of Akdemir, said that part of her father’s land was among the lands from which the tunnel passed.

Rohan said: “My father worked hard in his life to create a field in our land above the tunnel, and my mother and all my brothers planted the field after my father’s death.

And this other daughter, Maryam Akdemir, said that she carried fertile soil with her father in the field above the tunnel, and that the field is now productive and productive for several types of vegetables.

Maryam added, “Many passers-by are surprised to see that the orchard is connected to this field above the tunnel, and they like it very much.

They ask, is there a farm field above the tunnel?

I tell everyone that my father carried fertile soil over his back to create a field here, and it is not easy to be here, and it has proven to all of us the amount of intelligence and activity of the people of the Black Sea region, this is the land of our ancestors that we want to preserve and cultivate”

Akdemir pointed out that the field’s location is very crowded, and she said:

“We hear a lot of voices while working on the field, and we feel the shaking of the earth when large trucks pass but we are not afraid, and we feel a different feeling while working in the field above the tunnel under which the cars pass, it is an international road that passes It has cars to Georgia and several places in the world “.

Maryam has 12 sisters, all of whom participate in the family inherited field work in cooperation with their male siblings.

Maryam recalls how her father was sweating when creating the field above the tunnel, and that her mother, who is now 85 years old, still comes to the field to work in it despite her age. 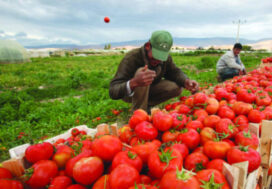 Exporting fruits and vegetables from Turkey