Posted by njoud on March 24, 2020
| All About Istanbul, Buying Property In Turkey, Touristic Places
| 0 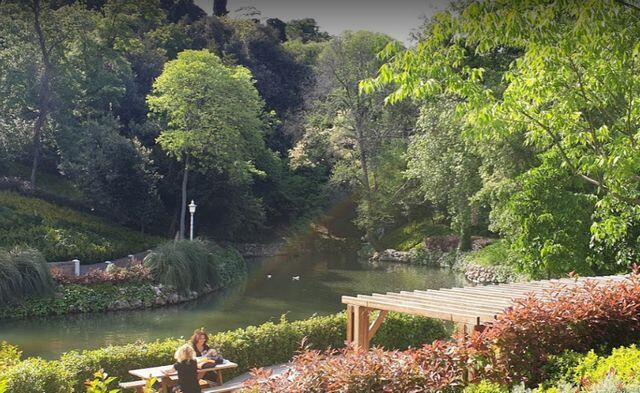 If you are considering visiting and owning a property , we recommend that you read this article.

Besiktas County is one of the oldest and biggest regions in all of Istanbul. It is a great place of culture, arts and education among Istanbul’s Counties.

Besiktas became a county in 21.05.1930. Before that it was a part of Beyoglu County. Besiktas County does not have any connected villages or rural districts.

There are 23 neighbourhoods in Besiktas.

Settlement of Besiktas is composed entirely of modern urban buildings.

And it is managed and followed by planned and orderly settling and housing.

Existence of different universities and their faculties, high number on offices and businesses and connection to the Bosphorus Bridge (from being a congregation place for people travelling to different parts of Istanbul) makes Besiktas County’s population many times higher in the day than it is at night.

Total population of Besiktas, according to Turkish Statistical Institute (TÜİK) is 190 thousand 33.

Besiktas County has lots of elementary, middle and high schools in its borders. There are also lots of universities in counties borders.

These are some of the most prestigious universities of Europe. It is also a centre for private education institutions. Which contributes a lot to the literacy and education rate of the county itself.

Historical and Cultural Information of the County

Besiktas County’s history goes back to the first ages. Its name was “Kune Petro” back than meaning “stone cradle”.

It is said that Barbaros Hayrettin Pasha, a famous Turkish Naval General of Ottoman Empire, put 5 stone columns on the shore to easily bind his ships.

That is the reason the county was known as “five stone”, meaning “beş-taş” in Turkish Language.

It is also said that this name was changed to “Besiktas” in time.

Also Besiktas was used as a great slave market in the time of Ottoman Sultan Kanuni Sultan Süleyman.

The region also developed the most during this time. It became a congregating and resting place for merchants and armies passing by from Rumelia to Anatolia.

These places upped the historical importance of the county by a great deal.

also Dolmabahçe Palace in which Great Leader Atatürk spent his last living moments and passed away in.

-This added to historical importance of the county.

Built under orders of Sultan Abdülmecid Han in, built by Architect Garabet Balyan.

It is an attraction for both domestic and foreign tourists.

This palace was used as a hunting mansion first by Ottoman Sultan Kanuni Sultan Süleyman.

It was also a resting place for Sultan Murad the Fourth.

It is a 46 hectares’ green area and biggest grove of Istanbul City.

It lies between centre of Besiktas and Ortaköy district.

This pavilion stands between Besiktas County and Nişantaşı District.

It was built under the orders of Sultan Abdulmecit. and built by Architect Nigoğos Balyan.

It was built as a Ceremonial Mansion.

This two floored bazaar sells fruits and vegetables in the first floor while second floor is used as a societal bazaar.

This park stands between Dolmabahçe, Maçka, Nişantaşı and Harbiye. It spans a wide territory. This park is a great place for a weekend getaway if you don’t have anything else to do. Different tones of green and clean air is great for a breather.

It is a sightseeing area and serves as a place for different activities like weddings, concerts etc. since 2009.

Besiktas also has been home for lots of important historical figures and famous personages. Some of them are:

Besiktas County is in every aspect a central county for world’s historical and cultural centre, Istanbul.

It was a special and privileged county where both Ottoman Empire’s higher echelon and simple folk lived.

Besiktas County is also the most important and attention getting place of Istanbul in terms of house constructing. Especially Levent, Etiler and Bebek Districts show their differences with their modern urbanization and construction style.

Buildings in the county are mostly made out of reinforced concrete, there are also some wooden houses.

Besiktas County gets attention for its active and modern urban life. There are lots of special aspects of the county. People choose to live in Besiktas because of these qualities. Aside from a vibrant social life, historical places, Besiktas also has lots of museums. Painting and Sculpting Museum and Naval Museum are two of these museums. Besiktas has lots of modern cultural centres and art galleries. Besiktas is also a place of attention because of its vibrant nightlife  and lovely shores.

Price, amortization and space averages of the Besiktas County sorted by neighbourhoods.

Average house for sale in Besiktas has 130 square meters of space.

Price of houses available for purchase went down 17.17% in the last year.

Average unit pricing for houses in Besiktas is 10.563 TL per square meter.

By the December 2018 Levent, Nispetiye, Ulus, Dikilitaş and Abbasağa are the neighbourhoods with greatest rise in house prices in descending order.

While Arnavutköy, Bebek, Vişnezade, Konaklar and Kültür are the neighbourhoods with greatest fall in house prices also in descending order of fall in prices.

Fastest places of amortization and therefore getting your investment back by profits are in descending order Kuruçeşme, Levazım, Bebek, Ulus and Etiler.

Slowest places to gain profits are Sinanpaşa, Yıldız, Abbasağa, Türkali and Cihannüma with Sinanpaşa being the slowest in all of Besiktas. 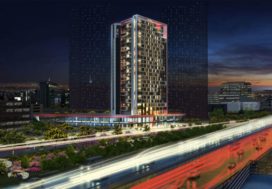 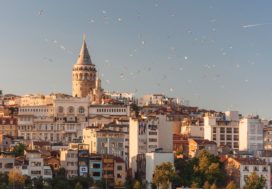