Alanya the city of Turkish tourism 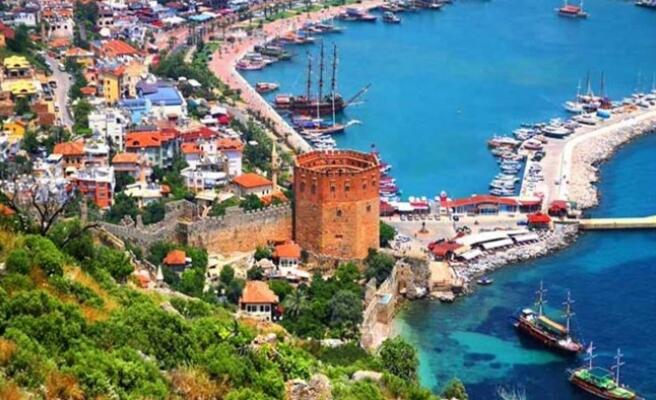 The city of Alanya sits on the throne of Turkish tourism, among the ten tourists who flock to Turkey, a tourist chooses to go to the Alanya region to spend his vacation due to its mild climate and stunning scenery, as well as its ancient history. This resort town is located in the state of Antalya on the southern coast of Turkey.

Today, Alanya, which is located to the east of the state of Antalya, which overlooks the Mediterranean coast in Turkey, made it one of the favorite destinations for tourists in this country thanks to its history, sunny climate and beaches, which made it attract one of the ten tourists who visit Turkey.

Moreover, the history of this region abounds with many civilizations that have passed through it, such as the Greeks and Romans, in addition to the Byzantines, Seljuks and Ottomans. On the other hand, the population density in Alanya is 300 thousand people, but it exceeds about half a million people during the summer months thanks to the influx of foreign tourists coming mainly from Europe and Russia.

During the past year, the city of Alanya received nearly 3.5 million tourists, which is equivalent to one tourist out of three tourists visiting the Antalya Province, and one of ten tourists traveling to Turkey. In general, tourists arrive at the resort city thanks to direct flights from Europe to Gazipasa Airport, Which is located only 40 kilometers from Alanya.

Luxury villas for sale in Alanya

In statements to the Turkish media, the head of the Tourist Businessmen Association in Alanya, Burhan Celi, highlighted the importance of Alanya as a major tourist destination in the Turkish region of the Mediterranean.

In this regard, Burhan Sele affirmed that “tourism in the city of Alanya really took off during the 1950s and 1960s. Today, hotel rooms have a capacity of 125,000 beds, which represents about 30 percent of the total capacity in Antalya, and about 10 percent of the hotel capacity. in Turkey”.

In this regard, Burhan Sele affirmed that Alanya annually hosts 11 times its Turkish population, noting that at the same time they need to “raise tourism revenues and work to diversify the services they provide.”

It should be noted that the climate factor is among the features that bring tourists to the city of Alanya, as the Mediterranean climate is known for its warmth in Antalya, which makes the winter season in this city with a mild climate as well.

Commenting on this issue, Burhan Sele noted that “many foreigners have chosen to live and settle in Alanya, as they have bought houses in the area to spend a large part of the year. These foreign tourists also contribute greatly to promoting Turkey”.

Furnished duplex near the sea 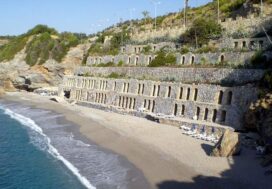