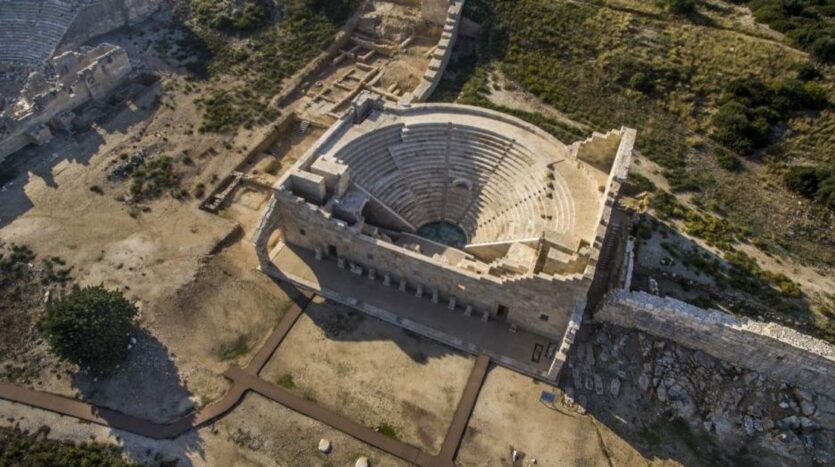 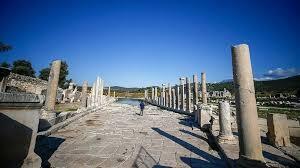 Turkish “Patara” .. the magic of nature and the fragrant of history

The ancient city of Patara, in the southern Turkish state of Antalya, combines the beauty of nature with the heritage of monuments.

Patara, which dates back to the eighth century BC, lies within the boundaries of the Gash region, and is surrounded by sandy hills similar to those in the deserts of Egypt.

“Patara” provides a unique opportunity for its visitors to spend the happiest moments in an atmosphere clouded by the ancient history, culture and magic of nature, especially as it is one of the 16 cities that formed the “Lycian Union”, before it’s siege by Alexander the Great.

With the announcement of 2020 as the year of the city of “Patara”, the distinctive region, which combines history and originality, with the charm of natural scenery, has turned into a center of interest for archeology and tourism lovers.

The city assumed a distinguished position during the Roman Empire, as one of the important trading centers, and it continued to do so during the Byzantine Empire.

Speaking to Anatolia, the head of the Turkish Commission for Archaeological Excavations in “Patara”, Eve Ishik, described the city as a “jewel” due to the ancient historical monuments it embraces.

She pointed out that among the most prominent monuments in the old city, the sea lighthouse, the parliament building, the baths, the telegraph station and wireless communication, and the theater amphitheater.

She explained that visitors to “Patara” have the opportunity to enjoy the beauty of its charming nature, and wander the corridors of its historical landmarks, as well as see the loggerhead turtle of the type “Caretta Caretta”.

Ishiq added that the aforementioned area is “distinguished by its sandy beaches overlooking the Mediterranean Sea, its beautiful natural landscapes, and its ancient cultural and archaeological stock that goes in history.”

Apartment for sale in Antalya Konyaalti