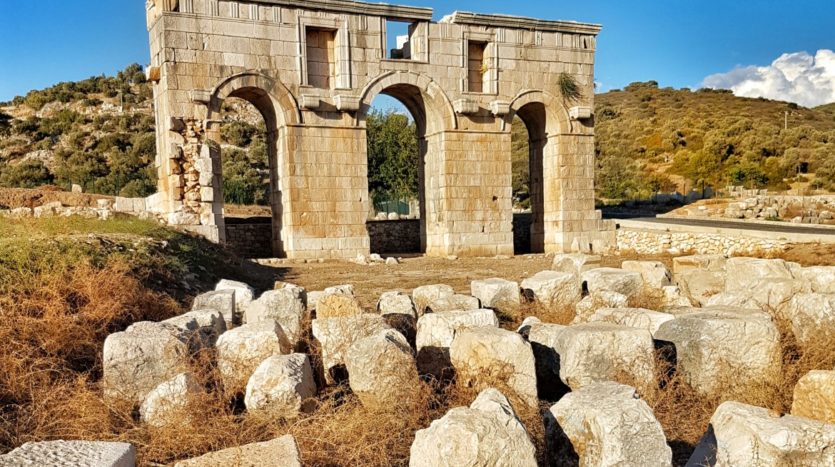 To get to know the tourist attractions in Antalya, we recommend that you read the article.

Tourism experts expected that the city of Patara, located near the southwestern city of Antalya, would become a tourist attraction in the current year, and that it would receive more attention from tourists around the world, after the Ministry of Culture and Tourism announced in 2020 the year of the city of Patara.

“Turkey has declared 2018 as the year of the ancient city of Troy and 2019 as the year of Gopikli Tepe, and both of these ancient sites have been well covered in the international press and people from all over the world have come to see them,” Levent Renjin, director of a travel agency in Ankara, told Xinhua. .

Regen indicated that Turkish President Recep Tayyip Erdogan’s recent announcement of Patara will have an important contribution to tourism in this region, known for its archaeological properties.

Duplex apartment for sale in Mahmutlar

He added: “The brochures and digital promotion added an advantage to the site, and we had tourist inquiries, especially from Asian and European countries, about visiting the site, so we expect more international interest and presence.”

Archaeological excavations have proven that the ancient city of “Patara” dates back to the eighth century BC, and is one of the oldest settlements of Lycian civilization. Alexander the Great captured it in 333 BC. Then the Roman general “Brutus” captured it in 42 BC, and later the city came under Byzantine and then Ottoman control.

According to Professor Hawa Ishkan Ishik, 30,000 people visited the old city last year, and they expect this number to reach one million in 2020 with this decision.

Apartment for sale in Mahmutlar Zero to sea

Among the features of the ancient city is the Roman theater, and the oldest lighthouse, the lighthouse was built during the reign of Emperor Nero in 64-65 BC, according to the bronze writing on it and at the time of its construction at a height comparable to the height of a five-story building.

In addition to the sights, the 12 km long Patara Beach near the ancient city of Patara is one of the most beautiful beaches in the world, and there are dozens of films filmed because of its fine fine sand, and it is classified as one of the most important nesting areas of sea turtles. The big-head Carretas Carretas is at risk in the world.

One of the main reasons why the Western Christian world was interested in Patara is the fact that St. Nicholas, known as “Santa Claus”, bishop of the ancient city of Mira, was born in Patara.