Expectations of double growth for the Turkish tourism

Posted by njoud on February 24, 2020
| All About Antalya, All About Istanbul, Daily News, Touristic Places
| 0 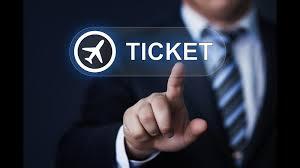 To know the latest developments in the Turkish tourism sector, we recommend that you read this article.

The Turkish tourism sector is looking to double the income it achieved last year, with revenues increasing due to early reservations, in addition to that Turkey could become an alternative stop for cruise ships, in the midst of China’s suffering from the outbreak of the new Corona virus.

The president of the Turkish Hotels Association, Sorori Chora Pattir, said that about 51.7 million tourists visited Turkey last year, with revenues amounting to 34.5 billion dollars, noting that the tourism sector is one of the most competitive sectors in the country.

He added in an interview with Anadolu Agency: “According to early reservation numbers, we estimate that we will see double digit growth at the end of the season.”

He pointed out that the cities of Antalya and Istanbul started the year with positive numbers, and if other tourist destinations throughout Turkey witnessed such growth, the number of tourists will rise to 57 million by the end of the year.

He pointed out that there have been major developments in strengthening the tourism sector during the past two years, and pointed out that the tourism exhibitions attended by sector representatives in the United Kingdom and the Netherlands are also promising good results. Representatives of the sector will also participate in many other exhibitions that will be held in Germany, Russia, Ukraine and Dubai in the coming days.

Regarding the evaluation of the main markets, Churabatir said they expected an increase in the number of tourists from the United Kingdom, the Netherlands, Germany and Russia.

He explained that the number of tourists coming from the Netherlands in 2019 increased by 12%, noting that they expect a further increase this year, given the positive result of the international tourism fair in Utrecht.

A large increase in the number of German tourists is also expected, as indicated by early reservations received from the country, especially when compared to the same period in the previous year.

Luxury apartment for sale in Antalya

He added that sales to Russia mostly take place after April, so it is too early to anticipate numbers, although they also appear positive.

On the impact of the new Corona virus outbreak in China on the Turkish tourism sector, Churabatir said: “We expect a decrease in the number of Chinese tourists, especially in Istanbul and the Cappadocia region in central Turkey. But the numbers can be compensated by alternative markets. Therefore, the virus is not expected to have a serious negative impact.” .

An alternative to China cruise lines Turkey has also received an increasing demand for cruise cruises in recent years which is expected to increase, given that Turkey is an alternative destination for cruise ships from Europe to China.

According to the data of the Coastal Safety Directorate, about 344 cruise ships docked on Turkish coasts in 2019, compared to only 247 ships the previous year.

The port of Kusadasi in the state of Aydin in western Turkey is the most important port that hosted marine ships, as it hosted 197 ships, while the Yalova port in northwestern Turkey recorded the lowest number of ships, as one cruise ship was docked on its coast.

For her part, Marwa Oz Kook, from a travel agency, stressed that Turkey can attract more tourists from various markets, including more conference tourism, adding that they expect 30% growth this year.