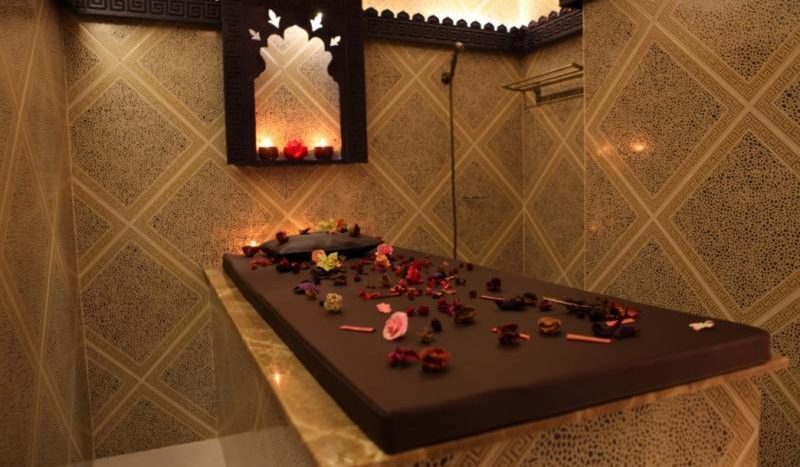 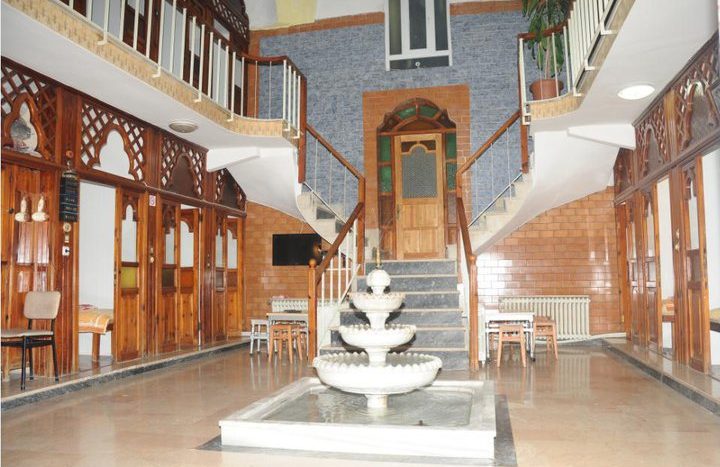 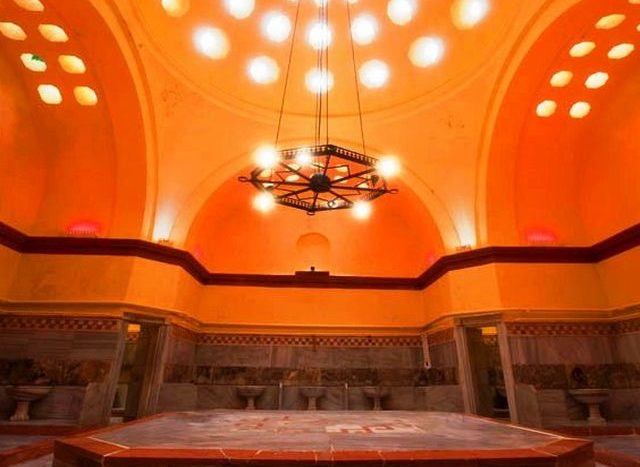 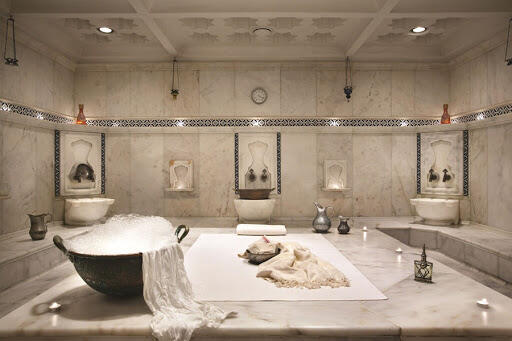 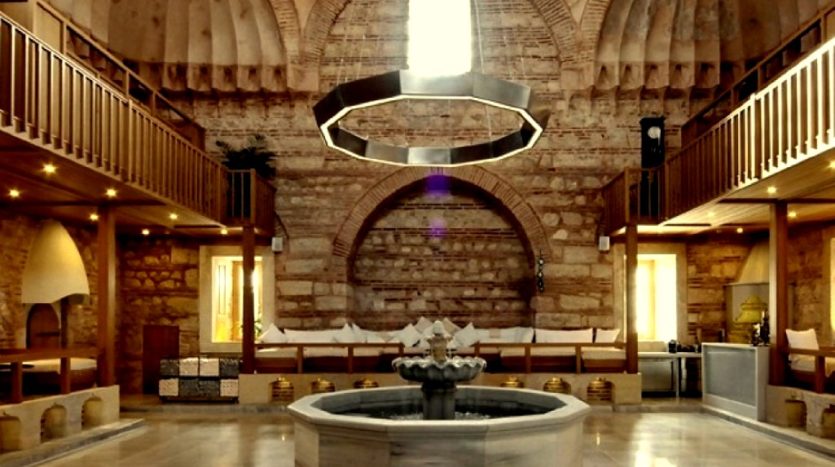 To get acquainted with the oldest Turkish baths, their history and their importance in ancient times, we recommend you to read this article.

Istanbul, one of the world’s leading cultural capitals, is a city famous for its baths, called hamams.

And this Turkish Baths have a cultural and historical heritage. Istanbul retains monuments from every civilization it has hosted in its history.

In Istanbul, there are many baths, dating back to the Ancient Roman period. For example, 168 large baths were built in Istanbul alone in the 17th century.

It is known that during the Ottoman period, the sultans and their wives had baths built in their name.

Baths have always been the most important buildings throughout history, especially during the Ottoman period.

To the extent that in the Ottoman period baths and mosques were built by the most important people of that period.

Although the historical baths of Istanbul are among the important buildings of each period, they are still important historical and cultural values ​​known even today.

The Turkish baths have maintained their importance throughout history with their marble, harmony, seating, various terraces, and stones.

In addition to the smooth marbles found in Turkish baths, the light beams scattered from the dome and the fragrance of soap continue to be a fairytale world throughout history.

The Baths, which date back to the ancient Roman period, have not lost anything of importance despite the changing cultural and historical period.

The baths had a mechanism for hot and cold water since the time of the ancient Romans. The baths developed in all aspects especially in the Ottoman period.

In the historical baths of Istanbul, we find the designs of the Mimar Sinan, one of the most important architects in the Ottoman period.

Historical Turkish baths, which are one of the important values ​​of Turkey, attract the attention of locals as much as tourists today.

The historic Turkish baths continue to attract the attention of all Istanbul visitors with its historical and magnificent architecture dating back to centuries.

The most important known baths of the Ottoman period, built by Mimar Sinan, represent important historical values ​​and form important structures for Turkish architecture throughout history.

The following are some of the historical baths which have a privileged place among the historical heritage of Istanbul city and which attract the attention of domestic tourists as well as foreign tourists.

At the end of the eighteenth century, Rabia Sultan ordered Muhammad Tahir Agha, one of the architects of the period, to build the Beylerbeyi Bath. Beylerbeyi Bath attracts great interest in architecture with its double dome.

The Beylerbeyi Bath is located on the Asian side of Istanbul city and was privatized in 2014.

Mimar Sinan built Suleymaniye Hamam on the order of Sultan Suleiman the Magnificent in 1557.

The historical Turkish bath, which is much admired for its marble and ornaments, was built with the Süleymaniye Mosque and complex in that era.

Historical Suleymaniye Hamam is located in Beyazıt on the European side of Istanbul.

The construction of the historic Turkish bath, which is located in the Çinili Mosque complex in the Üsküdar district of Istanbul, began with the order of the Kösem Sultan in 1648.

Kösem Sultan died before completing bath construction, and her sister took over the construction of the bath.

The historic bath is decorated with special tiles and it is one of Istanbul’s most popular and impressive baths due to its high domes.

The name of the historical bath came from the special tile that was decorated with it.

In the late Ottoman period, people didn’t care for this bath and became a wreck. Then in 1964, a person bought Tiled Turkish Bath.

In the 16th century, Mimar Sinan built Hurrem Sultan Hamam which is located in the Historic Peninsula in Istanbul.

The Turkish bath was named after Hurrem Sultan, the wife of Suleiman the Magnificent, and is also called the Hasaki Hamam.

Mimar Sinan built the men and women sections on the same axis in the historic bath and this hamam was the first Turkish bath designed in this way.

Hurrem Sultan Hamam is located between the Blue Mosque (Sultanahmet Mosque) and Hagia Sophia in Istanbul. It has three cold, warm and hot sections.

Hurrem Sultan built the bath as a charity. Then, the Turkish bath was used as a warehouse for many years.

The historic bath was recently restored between 1957 and 1958, but it did not return to its original function until 2011.

In the Historical Hurrem Sultan Hamam, there are also restaurants and cafes for visitors.

Located near Cemberlitash and very close to the Grand Bazaar, the historical Cemberlitash Turkish Bath consists of male and female sections.

The Cemberlitash bath, which is very close to the Grand Bazaar, is a special structure due to the Ottoman inscriptions on some bathing parts and terraces.

Historical Cemberlitash bath was known as Valide Sultan and Gül Bath for a period.

The Jagaloglu Bath was built in 1741 during the reign of Sultan Mahmud I. in the style of Baroque architecture.

This Turkish bath is also one of the largest double-sections baths in Istanbul.

The historical Turkish bath, which has been standing for 300 years, contains two sections for females and males.

Jagaloglu Hamam was the last big bath built during the Ottoman period.

Architect Kheireddine, one of the well-known architects of the Ottoman Empire, built Gedikpasha Turkish Bath in 1475 on the order of Ahmet Pasha.

One of the most important Ottoman architectural works, Gedikpasha Turkish Bath is located 250 meters from the Grand Bazaar.

The historic bath has the characteristics of Istanbul’s double bathrooms, which include separate sections for women and men.

In the Gedikpasha Hamam, there is a swimming pool known as aslanazı.

Historic Mihrimah Sultan Hamam, one of the most important historical Turkish baths of Istanbul, was built between 1562 and 1565.

The historical Turkish bath, which has survived to date, forms part of the Mihrimah Sultan Mosque Complex in Edirnekapı, Istanbul.

It was built by the Mimar Sinan and is one of the most valuable buildings that still exist to this day.

The Ottoman Sultan Bayezid II built the Galatasaray Turkish Bath at the request of Gül Baba, one of the most important people of the period.

Construction of the complex began in 1481 by order of the Sultan Bayezid II, while the bath was opened in 1484.

On the other hand, the tomb of Gül Baba is inside the complex. Located in the Beyoğlu district of Istanbul, the historical Turkish bath hosted the judges, sultans senior ministers, and important figures in each period.

Mimar Sinan built Kılıtch Ali Pasha Hamam, which is one of the historical places of Tophane district, between 1578 and 1583.

The Kılıtch Ali Pasha Turkish Bath has the second largest dome in Istanbul.

Kılıtch Ali Pasha known as the conqueror of the seas, ordered Mimar Sinan to build the historical bath in Tophane in 1583 to serve the Ottoman Navy.

Kılıtch Ali Pasha bath was reopened in 2012 after careful restoration. In the morning the historical bath opens for women and in the afternoon for men.

On the outside of Kılıtch Ali Pasha Hamam, souvenir bath products are sold to visitors.