Posted by njoud on October 21, 2020
| All About Istanbul, Buying Property In Turkey
| 2 Comments 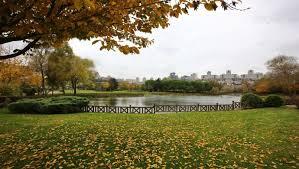 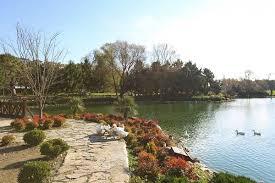 Information about Bahcesehir Istanbul – the city of gardens

Bahcesehir is located in the heart of Istanbul in Turkey, within the European side of the city, and within the borders of the municipality of Basaksehir, and for more information you can read this article.

Bahcesehir or Bahcesehir (Garden City), also known as the Amazing City; It is located in a strategic point northwest of Lake Kucukcekmece, and was opened for housing for the first time by the Collective Housing Administration, under the Presidency of the Turkish Cabinet, by constructing a series of pioneering real estate projects.

Where is Bahcesehir located in Istanbul?

The district of Bahcesehir is located in the heart of Istanbul on the European side of the city, and within the borders of the municipality of Basaksehir, and it is worth noting that the location of Bahcesehir and Sparta Kole is close to the areas of mega projects in the city, such as:

The third Istanbul Bridge project, the Istanbul Third Airport project, and the Northern Marmara Highway project, which connects these two gigantic projects, which affects real estate prices also increasing, in the region that has a unique investment future.

The area includes many luxurious residential complexes, which are equipped with the highest comfort and safety equipment, as well as social and health facilities, and many stores, such as: stores, offices and commercial complexes.

Bahcesehir district, which is associated with the suburb of Basaksehir, is receiving great interest from investors in the real estate sector, as it has turned in recent years into an important center for attracting real estate investors, and the region is witnessing a rise in real estate prices, especially the areas near the lake; Observers expect real estate prices to rise significantly, reaching about 50 percent, after the completion of the metro line project, which will connect the area with the important central areas of the city.

1 + 1 Luxury apartments within a residential project

Transportation in the Bahcesehir area of ​​Istanbul

Bahcesehir district in Istanbul is easily accessible from all parts of the city through the modern road network that surrounds it, in addition to the railway linking the European side of Istanbul with the city of Edirne.

The government is working to solve the transportation problem, especially the insufficient public transport that connects the area with other vital centers in the city, and this problem appeared following the great expansion that the area witnessed as a result of the influx of investors and residents.

As part of the government’s efforts to solve the transportation problem, the Ministry of Environment and Urbanization has approved the construction of a new metro line that will connect Esenyurt, Bahcesehir, Ispartakule, Mahmutbey, and Mecidiyekoy ), Where the length of the section that connects Mahmoud Bey, Bahcesehir, Ispartakule and Esenyurt within this line is approximately 16.4 km, extending over 9 stations, and thus the commute time between Bahcesehir and Mahmoud Bey areas will be reduced to 18 minutes, and this line will also be linked. With the Marmaray Line project, which connects the European and Asian sides of Istanbul through a tunnel that passes under the sea.

With the approval of the Ministry of Environment and Urbanization on the construction of the new metro line, the influx of investors increased to Bahcesehir in Istanbul, which contributed to revitalizing the real estate market, and it is expected that the metro line project will contribute to raising the value of real estate investments in the region, which will witness during the coming period an increase 20 percent, and this increase will gradually continue until it reaches its peak after the completion of the new metro line.

2 + 1 Luxury apartments within a residential project

Bahcesehir area has been planned on an area of ​​4 million and 703 thousand square meters, to accommodate the construction of 15 thousand and 400 apartments, and there is a variety of vegetation cover in the area from various trees, where the per capita share in the area is estimated at about 12 square meters of green space.

The region contains a modern facility for water refining and purification, which is used to irrigate green spaces, as large quantities of fresh water are provided in this way, in order to achieve the sustainability of water resources by refining it.

There is also the largest artificial lake in Turkey in Bahcesehir, Bahçeşehir Göleti, which extends over an area of ​​300 thousand square meters, and the lake is surrounded by a wide range of restaurants, cafes, clubs and other social facilities.

Educational and cultural institutions in Bahcesehir

Bahcesehir is characterized by a modern architectural style, as in 1996 the area received the Distinguished Urban Projects and Institutional Applications award from the United Nations Habitat Program during the second conference of the program, which is held once every 20 years, and is concerned with urban areas and the provision of human housing for all inhabitants of the earth.

3 + 1 Luxury apartments within a residential project

Quality of services in Bahcesehir Istanbul

Bahcesehir district was an independent municipality for a while, then the decision was taken later to unify it with the famous municipality of Basaksehir, as the municipality was established in 1999 and won, within a short period, many awards from the Turkish Ministry of Environment and the European Union.

The region contains many health facilities and modern commercial markets, which have obtained the ISO 9001 Quality Control Certificate based on the level of advanced and professional services in their implementation and provision.

The nature of the land in Bahcesehir is characterized by the spread of small hills, hills and valleys, which gives it a striking natural beauty, bordering on the beauty of luxury shopping centers that include the most luxurious international and local brands, popular markets, in addition to cafes, restaurants and cinemas.

4 + 1 Luxury apartments within a residential project

2 thoughts on “Information about Bahcesehir Istanbul”

About Bahcesehir in Istanbul