To get to know the first Ottoman museum in Turkey, we recommend that you read this article.

Istanbul Archeology Museum is the first museum opened in the era of the Ottoman Empire, and includes more than a million artifacts from different regions and historical periods.

Data published on the Istanbul State website indicate that “Istanbul Archeology Museums”, which are located on the hill “Osman Hamdi Bey”, located on the road leading from Gulhane Park to the Topkapi Palace on the historical peninsula.

The history of the establishment of Istanbul Archeology Museums dates back to the Ottoman period, and it is considered the first museum to be opened during the Ottoman period, with the efforts of the artillery marshal “Ahmed Fathi Pasha” in Ayia Eriny, under the name “Humayun Museum” known as the State Museum.

As the museum’s collection gradually increased, the museum’s artifacts were transferred to the ceramic palace and opened its doors to visitors in 1880. The palace is one of the oldest civilian buildings in Istanbul, and was used as a hunting palace by Sultan Mehmed the Conqueror. The palace was established in 1472, and it is currently displayed in it Turkish and ceramic models from the Seljuk and Ottoman eras ..

In 1881 Osman Hamdi Bey was appointed to manage the Ceramic Palace Museum, and during his reign he opened a new era in the field of Turkish museums.

Osman Hamdi Bey excavated Mount Nemrut, the ruins of the city of Marina “Messia”, Kim, the Temple of Hecate Lagena and others, and found the coffin of the king of Sidon, during excavations in Sidon during the period between 1887-1888, and transported many coffins, especially the coffin of Alexander the famous To Istanbul, where those relics found during excavation are displayed in the Istanbul Archeology Museum. 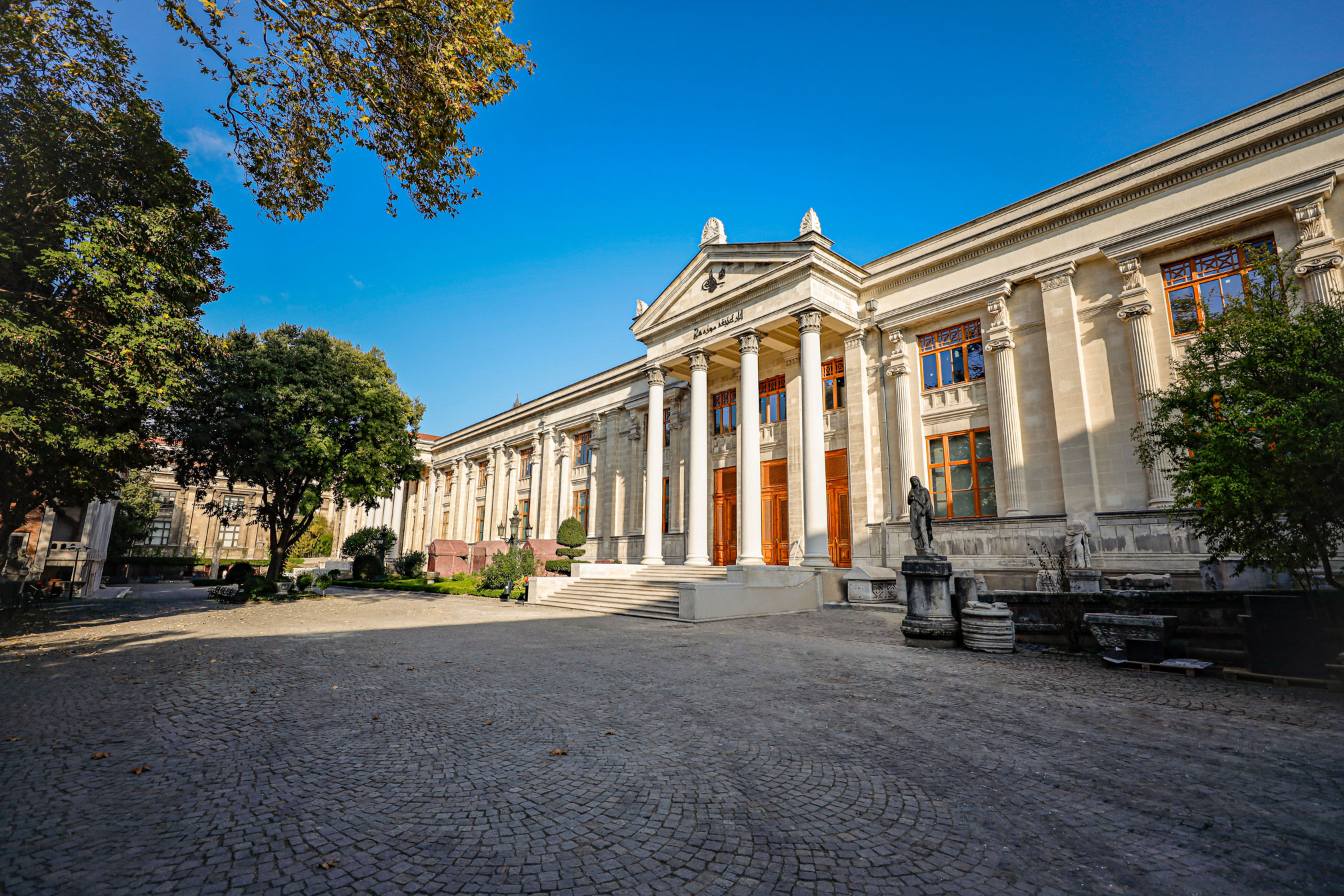 As a result of the inability of the Ceramic Palace Museum to absorb the artifacts, the current Istanbul Archeology Museum building was created, in a neoclassical style, by the French architect Alexander Valory, who built the precious Sanayeh School building during the period of Osman Hamdi Bey, and opened the doors of the museum to visitors on June 13 1891.

On the gates to the entrance to the museum are written in Ottoman letters “Museum of Antique Archeology”, and the tughra above the writing belongs to Sultan Abdul Hamid II ..

In the building that used to be the precious Sanayi school, and today the Museum of Ancient Ancient Antiquities, artifacts from the Arabian Peninsula are shown before Islam, Egypt, Mesopotamia, Anatolia, and Cuneiform.

He added: “We aim to create a center that is an open reference for national and international archeology, in addition to making the museum achieve the level of simplicity and symmetry, and to show the rich heritage of Turkey. At the same time, the museum is not only a place for displaying the antiquities; rather, we wanted to address the human ability to perceive , And fits the texture, light, size and messages of the building and the display, and facilitates the continuity of technological resources and is free from any physical barriers or communication barriers. ” 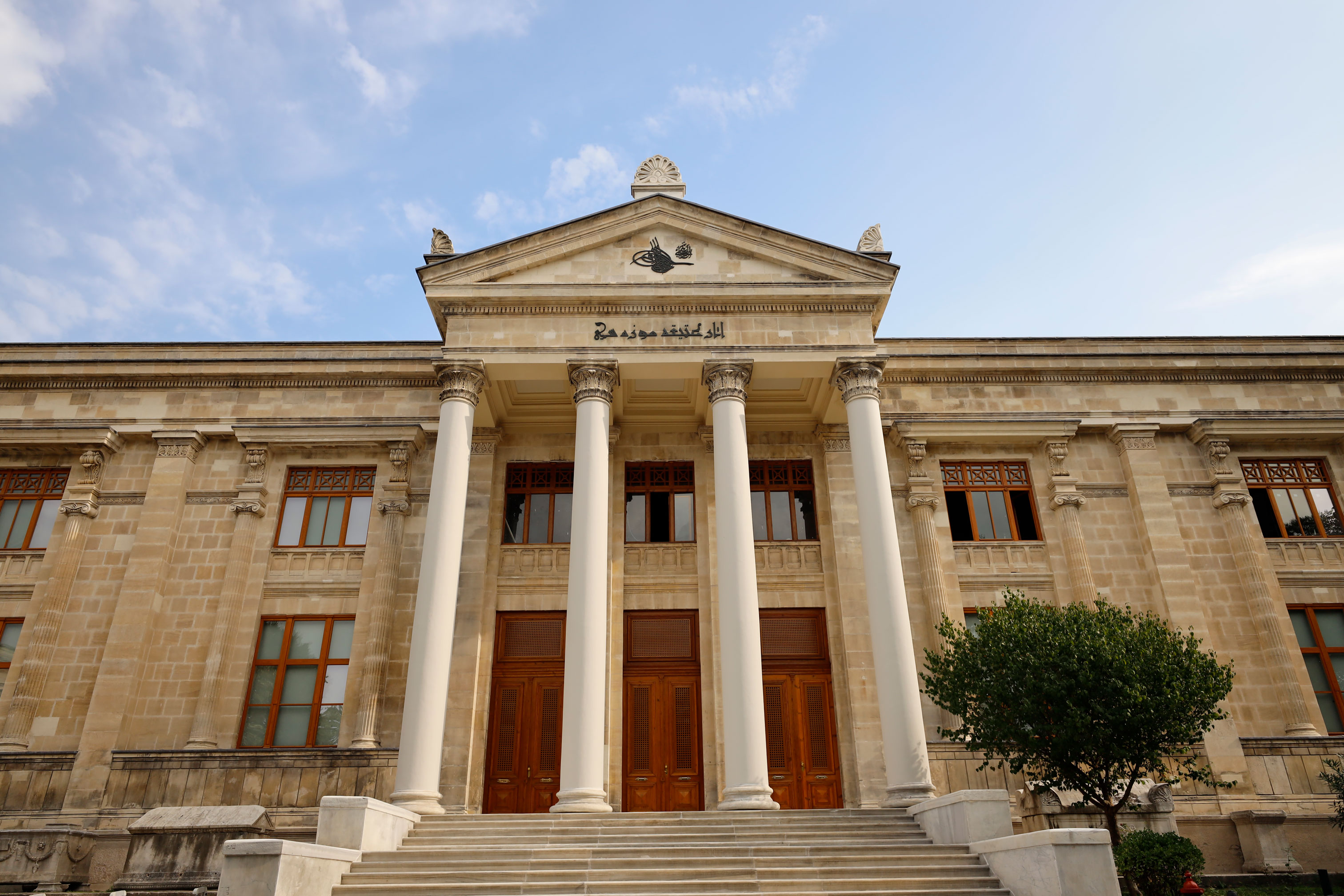 Haier pointed out that the number of visitors to the museum in 2019 reached 370 thousand 963 visitors, and that work is continuing on the south wing of the museum’s main building.

“We plan to open the south wing in June 2020, after the completion of the works here, the restoration work will continue on the northern wing of the main building,” he added.

Istanbul Archeology Museums are closed on Mondays, and its doors are open to visitors between 09:00 and 20:00 in the summer.

During the winter season the museum can be visited between 09:00-17.00, the “Museum Card” is valid for use in visiting Istanbul Archeology Museums.