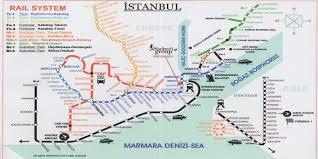 Erdogan: The metro to the new airport will boost Istanbul’s international position

For the latest practical achievements at the new airport, we recommend that you read this article.

Turkish President Recep Tayyip Erdogan said that the metro line leading to the new airport will enhance Istanbul’s international position and contribute to solving the transportation problem in the city.

On Sunday, Erdogan participated in the video ceremony of the completion of the construction of the subway tunnel linking the “Giret Teba” area and “Istanbul Airport”.

Last April, Turkey opened its new airport in the name of Istanbul Airport, carrying the activities of Ataturk International Airport to it, after the end of the first phase of the completion of the new airport, to be the largest in the world upon the completion of its entire stages in the coming years.

The total area of ​​the airport is 76.5 million square meters, and is the largest airport in the world, and one of the most important projects of the Turkish Republic.

Luxury apartment for sale in Istanbul

Erdogan pointed out that the tunnel construction work is underground at 70 meters, indicating that with his entry into service, the problem of transportation to Istanbul airport will be solved radically.

He explained that the metro line links Istanbul airport and the city center, saying that it will “enhance Istanbul’s international position.”

Erdogan continued: “With God’s help and care, and with the help of the people, we will continue to move forward in the race to provide services until our last breath.”