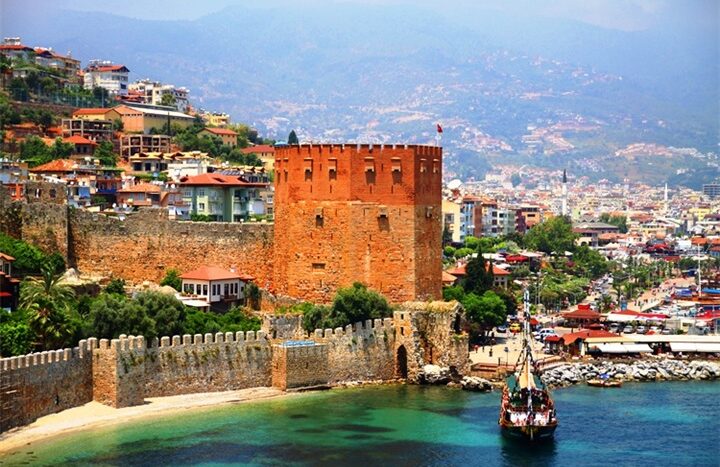 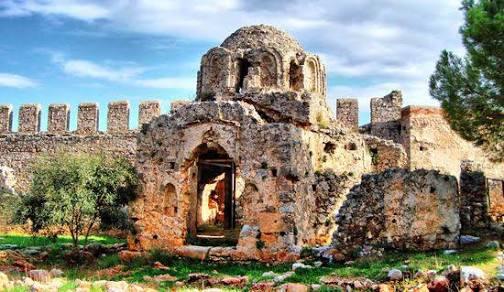 To know more about the tourist city of Alanya, we recommend that you read this article.

Alanya is a port city par excellence, located in the east of Antalya, on the southern coast of Turkey in the Mediterranean Sea.

Due to its strategic location as a small peninsula in the Mediterranean Sea south of the Taurus Mountains, the region was the stronghold of many empires, including the Seleucid Ptolemies, the Romans, the Byzantines and the Ottomans.

The region contains many natural attractions and historical heritage, which made it a destination for tourism, as it is responsible for 9% of the tourism sector in Turkey and 30% of foreign purchases of real estate in Turkey.

The proportion of tourism has increased since 1958 to become the dominant industry in it, which led to a similar increase in the number of its population, whether from expatriate workers or tourists or even from the Turks themselves.

As it attracts various types through its beautiful beaches, shops and high-end hotels, and below we will learn through this article about tourism in the city of Alanya.

Tourist attractions in the city of Alanya

The Red Tower has been standing tall since 1226 AD on the coast with a height of 35 meters. It was used in the past to complete executions and as a port for shipbuilding and derives its name from the red rock pieces in the upper and lower parts of it, and the tower attracts many tourists throughout the year.

The castle is an open-air museum that contains many ruins dating back to the 13th century. It is one of the ancient monuments that are included in the list of UNESCO World Heritage Sites, and was known as a port for the defense of the city and the local population.

It is considered one of the most popular and famous beaches in the region. You will enjoy the charming atmosphere on the soft golden sand, clear blue water, warm sun and many fun water sports such as swimming, diving and snorkeling.

Apartment for sale near the sea

Located half an hour from Cleopatra Beach, it is said to be useful for people who suffer from breathing problems and have many natural stalagmites that garner a lot of attention.

The museum contains many wonderful artifacts dating back to the Roman and Byzantine eras, the most famous of which is the statue of the god Hercules.