Turkish artist makes a fish from chunks of waste 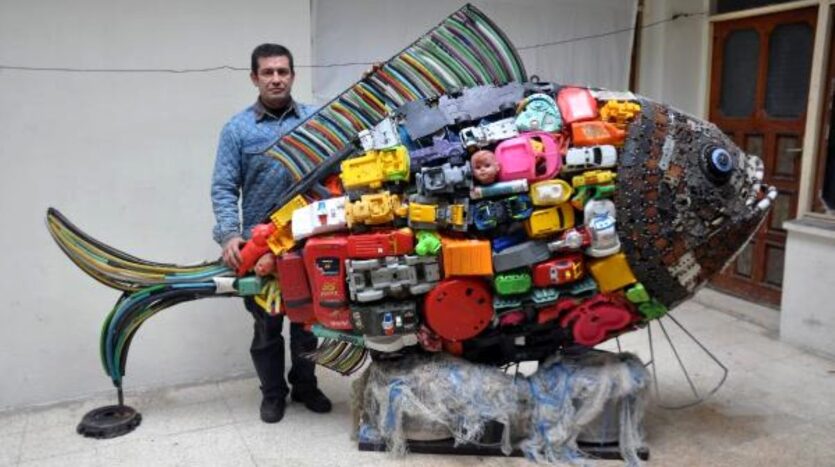 Turkish artist makes a mosaic fish from 2,000 pieces of waste

To get acquainted with the story of the fish statue made from pieces of waste, which aims to reduce pollution and other goals, we recommend that you read this article.

The Turkish artist Mervan Altinorak has been working for 25 years by sculpting mosaic statues from plastic and metal waste and scrap, in the form of horses, peacocks, deer and flamingos, in addition to sculptures in various shapes of metal pieces.

The 50-year-old artist, Altinorak, resides in Reyhanli, Hatay state, and recently spent two months collecting 2,000 pieces of plastic and metal waste that were pulled ashore by coastal waves in the Samanda region.

Then he transformed it into a statue in the form of a fish, by arranging it in a mosaic, which took 3 months, for the fish to be complete, 3 meters long, 2 meters wide and 200 kilograms weight, and he called it “the goldfish”, which is made from waste only.

In an interview with Anadolu Agency, Altinorak said: “Plastic waste is a great harm to the environment. We want future generations to live in an environment conducive to living in a cleaner manner.” Recep Tayyip Erdogan. 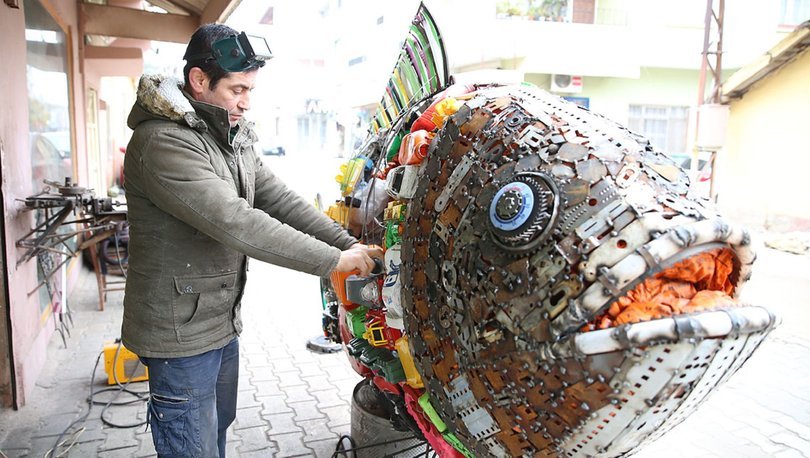 In 2017, the “Zero Waste” project was launched under the patronage of Amina Erdogan, with the aim of changing the consumption habits of citizens and recycling waste, and the project aims to reach the recycling rate to 60% by 2030.

According to Anadolu Agency, about 15,000 public institutions in Turkey apply the concept of “zero waste” within the framework of the project, where the focus is on children and youth in particular, and events are organized in primary schools to introduce children to the culture of dealing with waste.

Within the framework of the project, and as part of the goal of reducing plastic consumption, the provision of free plastic bags has been canceled in shops all over Turkey, which has led to a 70% reduction in the consumption of plastic bags since the first month.

The project also includes recycling organic waste to be used as natural fertilizers, thus achieving two goals, namely, to cleanse the soil of chemical fertilizers on the one hand, and to achieve recycling on the other hand.

During his speech, Tenorak indicated that fish have been affected by the plastic waste in the seas, stressing his goal that he seeks to achieve from his artworks, which is to send a message to people to leave a clean world for future generations, and to show what can be provided to society through recycling materials, and inviting everyone to cooperate To reduce environmental pollution. 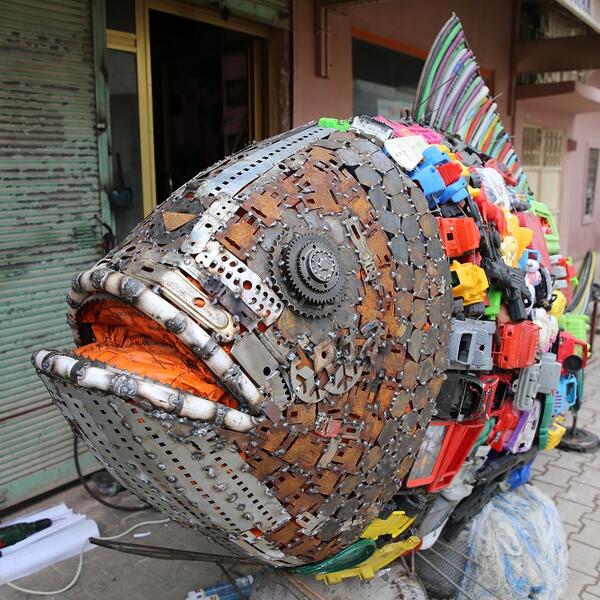