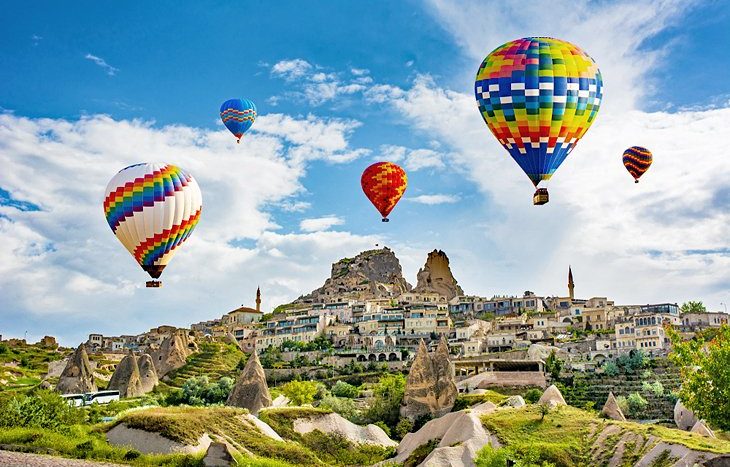 One in 6 tourists fly through hot air balloons

Based on the Turkish Cappadocia region more, we recommend you to read this article.

The data of the General Directorate of Civil Aviation in Turkey showed that the number of domestic and foreign tourists who flew in the hot airships in the Cappadocia region in central Turkey reached 585 thousand and 582 during the past year.

According to the same statistics, one out of every 6 tourists visiting Cappadocia preferred to fly in hot air balloons in the sky of the tourist region, which received last year 3 million, 834 thousand and 134 local and foreign visitors.

Luxury apartment for sale in Avsallar

Over the past year, the rates of fly ballooning increased by 9 percent, compared to the previous year.

The region includes 27 companies specialized in organizing hot-air balloon trips, with a journey lasting between 45 to 90 minutes.

The historical and tourist “Cappadocia” region is famous for its underground cities, fairy chimneys, or what are called in the Arabian deserts “Satan tables”, which were formed as a result of sculpting and erosion factors.

In addition to historical places, local tourists and foreigners enjoy seeing the scenic views from the sky, through the airship tours that spread in Cappadocia.