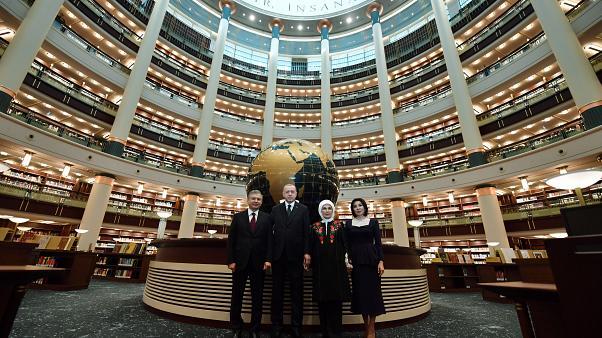 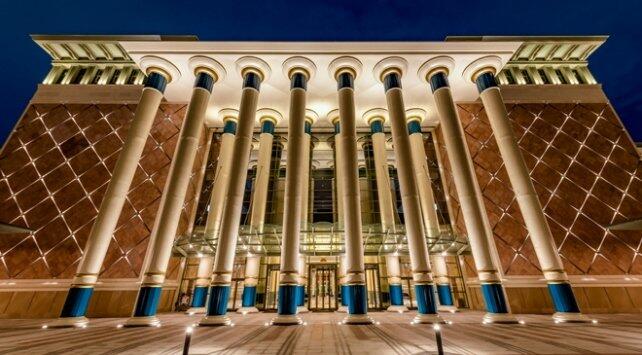 To get to know the Turkish National Library located in Ankara, we recommend that you read this article.

On February 20, the Presidential Complex in Ankara, the largest library in Turkey, was opened in the name of the “National Library”, whose design was inspired by contemporary architecture and Ottoman architecture.

Apartment for sale in Istanbul

Ambassadors and representatives of some countries, including Uzbekistan, India, France, China, Chile and Belarus, also attended, and French President Emmanuel Macron sent his Special Representative to Turkish officials with a view to making joint efforts with the French National Library.

The opening was also attended by former Vice-President of the Justice and Development Party in Istanbul Minin Kolonik, Ahmed Burak, the son of President Erdogan, the researcher Shafiq Jan, former Minister Hassan Jalal Guzal, writer Cemil Maric, head of the pen office for the Turkish presidency, Hassan Dogan, and Professor Adib Abdel-Rahman Ghozal, who donated Many books for the National Library.

Apartments for sale in Istanbul

In addition to printed materials, the library has subscriptions to electronic sources, and the 201-km library shelves contain books from 134 different languages, 120 million articles, and reports from 100 countries.

The National Library is the largest library in Turkey, and is expected to be among the leading libraries in the world, given the collections of books it contains and the services it provides.

Citizens with a new electronic ID card can enter the library and benefit from its services, and old ID card holders can take advantage of the library services by purchasing a “quick entry card” inside the library, and library visitors who are under fifteen can obtain a quick entry card from designated places in Library entrance.

Library membership can be obtained through the e-devlet portal, and foreign residents will also be able to benefit from the library services with temporary entry cards that they can obtain by showing their passport.

New and old users who want to enter the library with their cars will also need to present their identity and car licenses, and users will be able to access the library by showing the QR code on the express entry cards that they can create electronically before their arrival.

In addition to the presence of a conference hall that can accommodate 500 people, technology classes, vocational education classes, places for watching movies, and others for private group activities, dining rooms, seminar rooms, a mosque, employee offices, and areas for rest.

Expectations of double growth for the Turkish tourism

The “Ceyhan Numa” hall in the library includes 16 columns representing 16 Turkish countries in history, and includes 200 thousand books, and extends over an area of ​​3500 square meters. On the dome of the hall, the fourth and fifth verses of Surat Al-Alaq were written ”

The Ministry of Foreign Affairs and the General Directorate of Cultural Business have brought books and artistic and cultural works from Turkish representations abroad from all parts of the world, each of which represents the culture of the country from which it came, all of which will be displayed in the section “The World Library”.

The library is scheduled to organize courses and educational activities related to modern topics for children, youth and adults such as artificial intelligence, cyber security and augmented reality, as part of its aim to be a center for life-long learning.

The library will hold technology classes and workshops for digital transformation, in cooperation with the Ministry of Industry and Technology, and with the companies “Turk Telecom” and “Turkcell.” 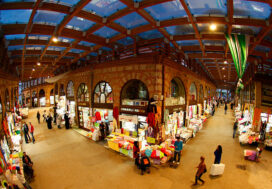 Most beautiful tourist markets in Turkey

Construction of the first biogas plant begins in Ankara 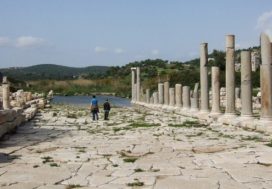