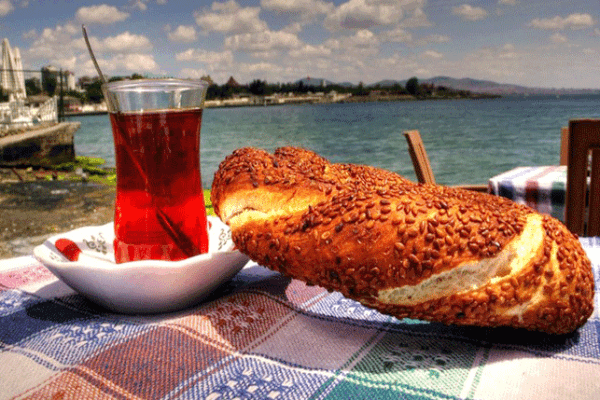 To know more about this famous bread in Turkey, we recommend that you read this article.

“Here is the fresh Simit … here is the Fresh Simit”. With these phrases, Turkish Orhan Shaker tries to attract his customers in Sherin Avlar Square (downtown Istanbul) throughout the day, in order to sell sesame bread tablets.

Orhan jokes with buyers, and he tries to frighten them that the simit (or Sumait) is too hot and may burn their hands, marketing propaganda from him that his bread is still soft and was taken out of the oven at once, according to his talk Orhan.

“About two years ago, I took a specific place from the square, and most of the people in the region know me,” says Orhan. “The name I give to my customers does not compare to its pleasure with anything in Istanbul, and most days I do not return to the home until after I finish selling all the simit.”

In fact, the Simit is the first popular meal for all Turks, as a street in Istanbul and the rest of the cities is not clear of the red carriage vendors of Simit, and its appearance dates back to the Ottoman era, since the 14th century AD, according to Turkish historians.

But the question remains: How have the Turks managed to preserve this popular food over the years? Perhaps the answer to this question lies in the hadith of Mustafa Kemal – one of the owners of the famous Simit bakery in the Fatih district of Istanbul – where he said that the Turks preserved the rest of the food  habits from the days of the Ottomans, and they also preserved their social traditions; else.

And then comes the stage of baking it inside the thermal ovens that trap the steam, which helps to keep the grains of simit in its inner softness and a fragile outer layer with a “crunchy” grain.

Al-Simit often drinks directly with a cup of black Turkish tea, or with a piece of cheese and Ayran milk, as a breakfast.

The Istanbul visitor encounters university students, schools, and employees every morning as they stand at the carriages of simit vendors in public squares, or with those who carry them on their heads and spread in the itineraries, where everyone takes their share of simit and eat a quick and light meal.

Of course, there is a difference in the shape of the simit from one Turkish city to another. In some cities, the simit is large, with a diameter ranging between 20 and 25 centimeters, and in other cities it is well-scheduled and roasted, as each region has a special identity in its manufacture.

It was named my world

And while the large Turks continue to buy this popular meal, some businessmen in Turkey and abroad have opened special factories and restaurants for the production of simit, which have become available in all major places in Turkish cities.

And those stores carry the same name as “bread”, as it was not only limited to the local level, but spread around the world, and among the countries where these factories are currently available:

The Turkish municipalities pay special attention to the simit, and they allocate an annual event in which bakers from various Turkish cities participate, competing in the manufacture of the types of simit and presenting it to the rest of those present, who enjoy an atmosphere similar to the national and national celebrations, where on that day, the famous Al-Muhtar music that was playing the days of the Ottoman state is played .

Statistics of Turkish consumption of daily simit bread are estimated at 2.5 million pieces, especially as it is the preferred meal for all classes of society, including those with high incomes, and the price of one tablet of simit is simple, and one piece of it is sold at about half a US dollar in most cities. 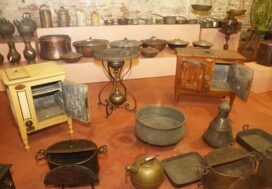