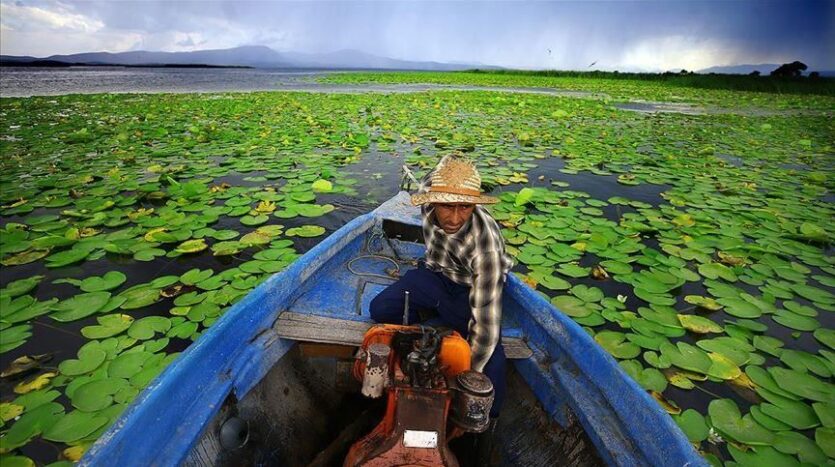 a beauty that fascinates the eyes of the beholders

There are many and distinguished tourist attractions in Turkey, and to get to know them more, we recommend that you read this article.

Water lilies, also known as “water nymphs”, are spread over large areas of shallow parts of Lake Beysehir in the Turkish state of Konya, and they fascinate the eyes of the onlookers with their unique beauty.

The lilies of Lake Beysehir are the largest in Turkey in terms of the area they cover from the water surface, as they cover 8,000 acres of the lake’s face.

The lilies are located in a specially protected area, after they were discovered two years ago while fishermen wandering their boats in the lake.

The water lilies, which begin to bloom in May, will be full-fledged in mid-August.

These flowers, known in the Far East as “the lotus”, bloom with sunrise, and by noon the petals close and then disappear under the water.

During the last two years, tours and exhibitions were organized to introduce the region, according to Mustafa Buyuk Kavali, head of the Beysehir Cultural Association, in a statement to the Anatolian Correspondent.

A fisherman, Ibrahim Erdogan (43 years), explained that water lilies extend for 7 kilometers along the lake’s coast, indicating that he organizes tours for visitors by his boat.

Luxury duplex for sale in Alanya