Work permit in Turkey and how to obtain it 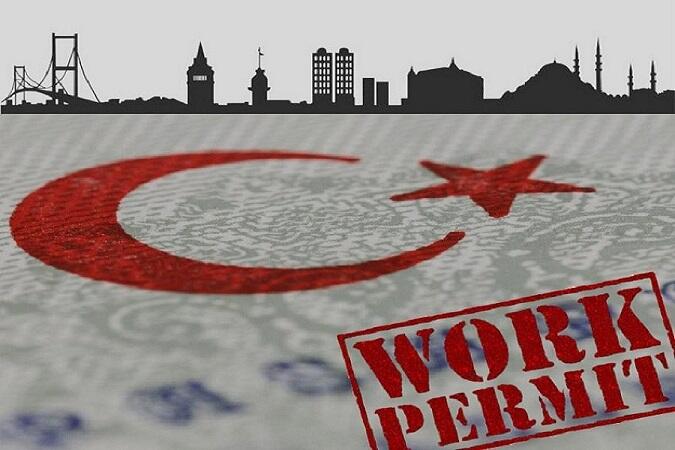 Work permit in Turkey and how to obtain it

If you are considering making a decision to work in Turkey in the future, we recommend that you read this article.

According to the labor law in force in Turkey, it grants foreigners the right to work on Turkish territory, by obtaining a “work permit” (Çalışma İzni) from the Ministry of Labor and Social Security, which takes into account the market need for foreign workers and some special criteria related to the state’s general plan. Through it, work permits are granted to foreigners in accordance with market requirements and requests from companies.

I must first point out that the Turkish company is the one that submits the work permit application to the foreigner and submits the required documents to the Ministry of Labor, not the foreign worker or employee.

According to the labor law for foreigners, every employee or worker must obtain a work permit to make his status in the country regular, to obtain regular residency, and to come under the cover of the Social Security Law, health and maternity insurance, insurance against work accidents and compensation, and for the foreigner to avoid being penalized And the violation and the business owner to employ a foreigner without a work permit.

The work permit also protects the employee or worker in the event of a dispute with the employer or the company, and his failure to obtain salary, entitlements or end-of-service compensation, as he can resort to the judiciary to collect his rights.

Apply for a work permit application

A company wishing to employ a foreign worker or employee applies to the Ministry of Labor and Social Security to obtain a work permit for foreign workers according to the following conditions:

-The foreigner must have a valid passport.

-To hold a tourist residency for a period of not less than six months.

-If he does not hold a residence in Turkey, the application shall be submitted at the Turkish embassies and representations in his country or the country in which the foreigner resides.

Apartment for sale near the sea

Conditions that must be observed to obtain a work permit

-The company must explain its need for the foreign employee to submit a work permit application with the salary appropriate to his profession and that it is not under the minimum wage set by the state.

-The distinct occupations of general managers, such as pilots and specialist engineers, must be paid no less than 6.5 times the minimum wage.

-The company’s branch manager or engineer must have a salary of at least 4 times the minimum wage.

-Professionals such as teachers, artists, and specialists in psychological sciences should be paid not less than three times the minimum wage.

Domestic workers, vendors, marketers and export employees, their salary must not be less than 1.5 minimum wage.

There are three types of work permissions

– Permission for an independent work permit, this permission is granted to those who have completed a five-year work stay in Turkey on a regular basis, and who have the potential to benefit the country’s economic development, they are entitled to apply for qualifications and certificates that contribute to economic development and that qualify them to work independently to obtain a work permit.

Apartments for sale within a residential project

To obtain a work permit for the owners of companies and foreign investors in the sectors of industry or commerce, agriculture, tourism, education, or the service sector, they must establish a company with a capital of not less than 100,000 Turkish liras, equivalent to 42,000 US dollars, or have a share in a company and no less His shares are about 40% of the company’s capital.

Medical institutions in Turkey are allowed to employ foreign doctors and obtain a work permit for them according to the following conditions:

The foreign doctor is required to have his diploma equivalent in the presidency of higher education.

To obtain permission from the Ministry of Health to practice the profession in Turkey.

The foreign engineer must review the Presidency of Higher Education in Ankara to amend his diploma and then join the Engineers Association according to the specialty, taking into account the following matters:

– The company must employ a Turkish engineer for every foreign engineer.

The foreign engineer’s salary should not be less than four times the minimum wage specified by the state.

In the event that the foreigner exceeds the visa granted to him by 180 days and exceeds the period of stay of 90 days, the company has the right to issue a special work permit for him so that he will not be subjected to a fine upon departure and being prevented from entering Turkey, provided that the delay period exceeds the six months.

Transforming worn out shoes into nests for birds

There is an exceptional work permit granted in particular to foreigners

-Foreigners married to Turks and their children.

-Migrants and refugees are granted special permission according to instructions.

-Employees of foreign consulates and cultural and educational centers of foreign embassies.

-Special permission for foreigners of Turkish origin residing in Turkey.

-Professions for some important projects, permission is granted for the duration of the project.

How to obtain a title deed title(TAPU)?

As for those holding identification cards, the Turkish government is studying the possibility of considering it as a residency, and it is possible for a Turkish company to apply for a work permit according to the permit of the Minister of Labor.

According to the labor law in force in Turkey, the following professions do not give a foreigner the right to obtain a work permit, namely:

The dentist – the midwife – the patient supervisor – the pharmacist – the veterinarian – the director of a private hospital – the lawyer – the notary – private security – consultant customs.

I hope that I provided you with useful information about work permits, but that does not excuse you from reviewing the private offices that carry out this work and the advisory or human rights offices.