They broke the helm to Alanya 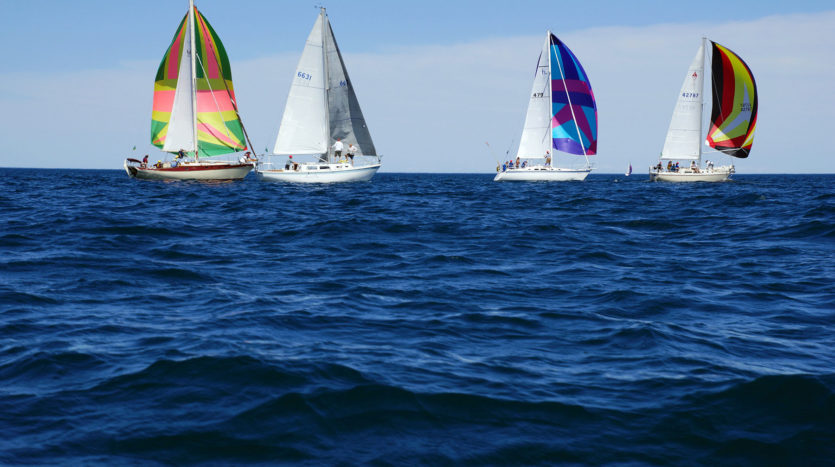 They broke the helm to Alanya

To know the latest news in Alanya, we recommend that you read the article.

The sailboats started their journey to the Mediterranean Sea from Martı Marina in Marmaris-Orhaniye on 1 September and reached Alanya.

The SAAT Amateur Seafarers’ Association (DADD), which was established by Istanbul-based sailors in 2017, opened its doors to the Mediterranean for the first time after 3 years of Black Sea Rally events. 43 sailboats starting from Marmaris and crossing the coasts of İskenderun and Cyprus will make 1100 nautical miles in 45 days. DADD Rally Mediterranean 2019, ‘Cruising in the Rudder of Ancient Civilizations’ event, a total of 43 boats, 4 of which are foreign. The sailboats started their journey to the Mediterranean on September 1 at the Martı Marina in Marmaris-Orhaniye and reached Alanya following Dalyan, Fethiye, Kaş, Demre, Finike, Olympos, Çıralı, Kemer and the Gulf of Antalya. After Alanya, the sailors will continue to Mersin from the shores of Mersin and then to the Turkish Republic of Northern Cyprus. After sailing for 5 days in the TRNC, the Mediterranean rally will end on October 15 in Fethiye.

DADD President Zafer Türkmen, stating that they organized a Black Sea rally for the previous 3 years, told that they started 1700 nautical miles in 74 days starting from the Greek city of Volos starting from Istanbul, Samsun, Black Sea coasts to Georgia and Sochi and then returning to Istanbul.

FIRST RALLY IN THE MEDITERRANEAN

Turkmen, amateur seafarers formed 850 members of the Mediterranean rally event organized for the first time this year by DADD’in 43 boats, he said. He explained that they identified the Lycian, Pamphylian and Cilician civilizations as themes in the Mediterranean rally and that they departed from Marmaris on 1 September. Turkmen, the Mediterranean voyage of Muğla, followed by the coast of Antalya to Iskenderun, then from Cyprus to extend, the return from Cyprus to Fethiye will take a total of 45 days, he said. Turkmen, 1100 nautical miles on the journey (about 2 thousand 200 kilometers) said they would do.

During the journey, taking breaks in the ports, the ruins in that region, museums, waterfalls, lakes, highlands and natural beauties such as wandering on the land they have the opportunity to tour Turkmen, “Sea, marine, water sports encouragement, to contribute to the development of the sea and marine, to provide sports, social and cultural services to the society, to protect the nature and especially our sea and coasts, to spread environmental awareness, to find solutions to common problems.

WHICH ANCIENT CITIES ARE IN THE ROUTE?

Stating that the sea is a civilization and that the coasts of the Mediterranean Sea have very important historical and natural values, the Turkmen, throughout the activity, Attaleia, Phaselis, Olympos, Rhodiapolis, Myra, Patara, Xantos, Termessos, Arykanda, Perge, Aspendos, Side, Saros, Antiochia , Pyramos, Limyra said that the ancient cities seen.

Turkmen, who have come to life on the Mediterranean coast for thousands of years, indicating that there are many traces of strong ties with the sea, Turkmen, described the Mediterranean coast as an open-air museum. Turkmen, ‘Land of Light’ meaning the coast of the Lycian Region starting from the Dalaman River in ancient times, including the Phaselis near Antalya, and today called the Teke Peninsula, said that this region hosts the most mysterious lands of Anatolia. The villagers migrate with their decorated livestock in northern Turkey