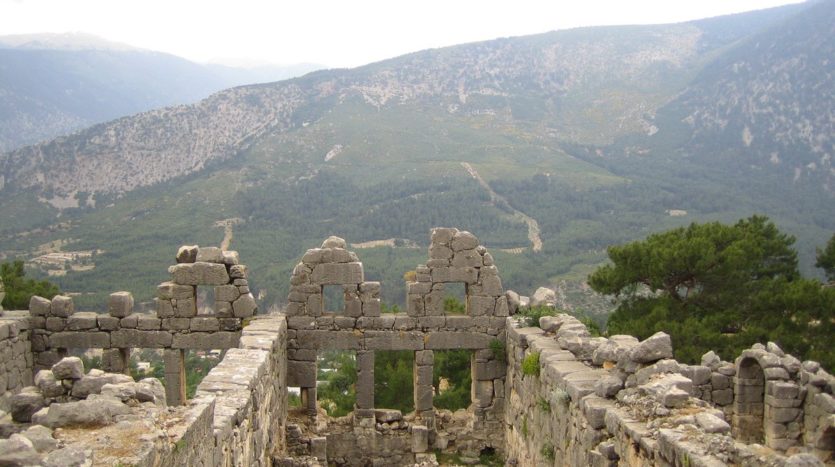 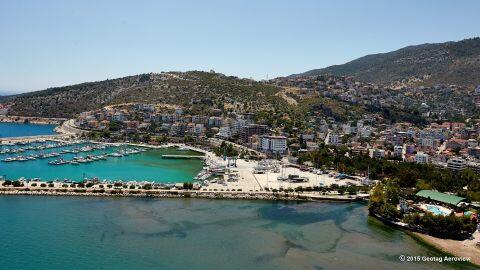 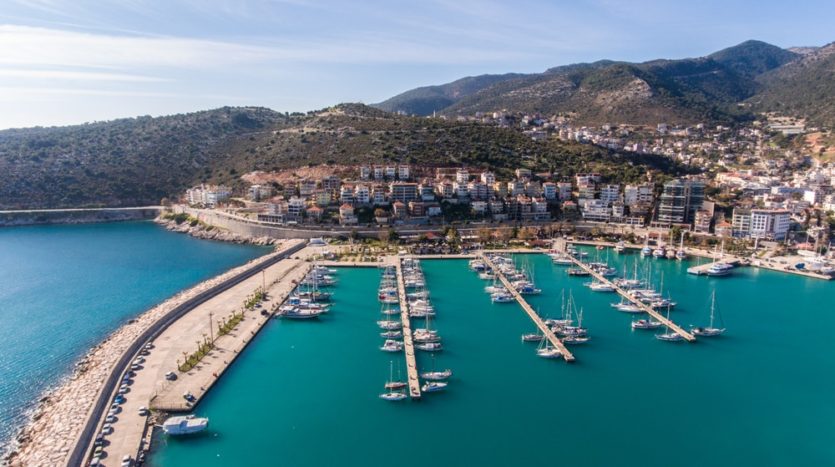 To find out more about Finik, we recommend that you read the article.

Phenicia by the Phoenicians BC. century, the name of the Phanikos Aykırıcak river was poured into the sea. For many years it has been a port city that sends agricultural products to various cities of Lycia. This has made Finike a very important trade center. The Phoenician name is thought to come from the Phoenicians who founded the city. The city was established at the point where the current name is the quay quarter. The Acıçay River, which is currently here, served as a port at the time. Load loading and unloading were generally performed here. In fact, the name of the city is thought to have taken from the Phoenicians who lived here before, but according to a rumor, the Greek word kızıl red horse neden leads to a different guess. It is thought that this name might have been given due to the high number of animal breeding in this region. Studies and excavations prove its accuracy.

With the weakening of Byzantium, Arab attacks started to be seen in the region. Occasionally, some regions were occupied by the Arabs. With the victory of 1071 Malazgirt, as in all of Anatolia, the region was under Turkish rule. With the strengthening of the Selçuk state, the Arabs had to stop their attacks. Between 1207-1308, Teke Boye from Central Asia settled in Finike and its region. After the collapse of the Anatolian Selçuk State between the years 1308-1361 entered into the dominance of the Principality of Tekeoğulları. Tekeoglu Principality was destroyed by the Ottoman Empire in 1426. Since then, it has been under Ottoman rule. It was previously connected to Elmali and then left. Although it was invaded by the Italians between 1919-1921, this did not last long. The Italians had to leave the region.

FINIKE AT THIS TIME

The town of Finike has a population of approximately 40 thousand people with its 4 villages and 14 villages. The population of the center is around 10 thousand people. 40% of the population of the district lives in the villages and 60% lives in the district center and towns. Finike, a district in 1914, has gained a different social identity with the influence of many officials and visitors coming to the region. People who are open to innovation and kindness have contributed to the cultural development of this region.

There are many schools in Finike where the literacy rate reaches 90%. It receives adequate service in terms of health care. There is a state hospital that can provide adequate service to the local people. Especially after the bath culture which became widespread in the region after 1990, it is the most important feature of this region after agriculture.

Many of the Phoenicians during the liberation war and during the establishment of the Republican Finike soldiers had a very close relationship with Ataturk and provide many services. He was the close guard of Hasan Çavuş form mr. Atatür from Yazır village of Finike. Because of the superior services he has given, Hasan Çavuş has been assigned to protect Atatürk’s mansion with 12 soldiers. According to a story told, Atatürk wanted to wrestle with Hasan Çavuş, and Hasan sergeant made a gesture saying to Atatürk that the whole world could not defeat you and how I would defeat you.

CULTURE AND TOURISM IN FINIKE

Phenicia Turkey’s interior regions with the lack of access roads and known to everyone because it is a coastal city and region visited. However, citrus fruits and citrus cultivation in Phenicia made too much investment in tourism. In recent years, the importance of tourism has increased and investments have begun.

The orange of Phenicia, known as the land of oranges in Turkey and the World, was ranked first in the world by the University of California. Finike’s air, water, soil are very good for producing oranges. 1/8 of Washington oranges grown in our country are grown in Phenicia. This is reflected in the region’s economy and people’s living standards. 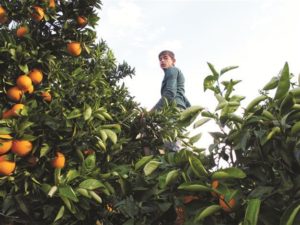 With its rocky and sandy bottom, Finike Bay is home to many Mediterranean fish, marine mammals and sea turtles. Coral and White Lahos are the most demanded fish species of the local people and fishermen. Finike coastal coastal areas, tea mouths and harbors Akya, Bluefish, Lahos, Sea Bream, Sea Bass, Minakop, Isari, Mullet, Izmit, Jasmine, Coral, Hani, Sarikuyruk, ischarmoz, red beans, many economic value fish are hunted. In the rocky regions of the Gulf, Grouper, Lahos, Fangri, Sinarit, Sarıkuyruk, Sargos, Sokar, Iskaroz, Karagöz fish and fish are attached to the fishing net. Sardine, Kolyos, Horse mackerel, Written tuna, Lambuka, Swordfish, Tuna, etc. have made Finike Gulf suitable for purse seine fishing. Until recently, hunting with the Troll (Trata), which was banned in the entire Gulf of Finike, has started again in recent years and has begun to plunder the bay waters, which are mostly sandy. For this reason, coral fish, which is a very valuable and sought-after species for local fishermen, is faced with intense hunting pressure. Apart from fishes, the long coastline, which is a sandy beach, is defined as the first degree Caretta Caretta breeding area. The Mediterranean Monk Seal, which is in danger of extinction, tries to live with approximately 2 individuals in the Gulf.

LMYRA STONE IN THE FINIKE

120 km to the city of Antalya. 5 km from the sea. away from the quarries in the historic Limyra region. It is a light cream colored homogeneous limestone. Portable size, blocks of the desired size. Due to its light and insulating properties, it is a building block that is appreciated in the domestic and international markets as an exterior coating material.

However, when the stone becomes saturated with water, significant reductions in these mechanical strengths have been observed. According to the strength values ​​measured in saturated samples, this stone is a medium density building stone. The sensitivity of the mechanical strength of said limestone to water saturation should be considered for practical applications.

The ancient city of Arykanda:

The name of the ancient city of Arykanda, located within the borders of Arif Village, Finike District of Antalya Province, means ‘Ary-ka-wanda’ in the Lycian language, ‘the place next to the high rock’. In addition to Arykanda, the Late Chalcolithic-Early Bronze Age axes found in Limyra and Patara in recent years indicate that this region was densely inhabited.

According to this situation, it is estimated that Arykanda stayed under Limyra sovereignty for a while and changed hands with Alexander. It is known that after the death of Alexander, Ptolemy like other cities of the region passed into the hands of Seleucus, and after the Apemea (Dinar) Peace, it was under the control of Rhodes. B.C. It is known that in the 2nd century, Arykanda minted coins as a city within the Lycian Union. A.D. On the date when Emperor Claudius ended the Lycian Union in 43 BC, the Lycian region was brought into a state with Pamphylia and connected to Rome. A.D. It is a period in the 2nd century when the name Arykanda was widely mentioned by various sources. A.D. The city, which was partially repaired after the great earthquake in 240, was called “Akalanda” or “Orykanda” during the Byzantine rule. Based on the remains and Byzantine sources, it is possible that Arykanda, which we know to exist until the 11th century, has been relocated after this date and moved to the south of today’s highway. 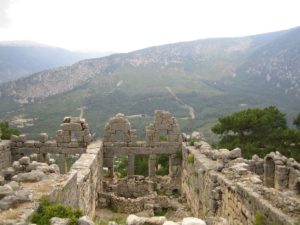 Limyra Antique City, which is located on the borders of Turunçova and Sahilkent Towns in Finike District of Antalya Province, is located on the southern skirts of Toçak Mountain, with the acropolis where usually the early period buildings are located, and immediately to the south, the Roman and Byzantine Walls covers the remaining area.

Limyra’s name is mentioned in the Lycian inscriptions as “Zemuri”. This is the city at least BC. It is proof that it has been inhabited since the 5th century. The most active period of the city, BC. The first half of the 4th century was the time of the Lycian King Perikle, during which Limyra was the capital of Lycia. Historical records related to the region; In the years when Perikle tried to form the Lycian Union and expand the area of ​​sovereignty, it was understood that Persian domination was in question, but this domination remained in a great freedom of Limyra just like the other cities.

Suluin Cave is located in Finike District of Antalya and is the deepest cave known in Asia Continent with its 80 meter entrance. On August 27, 1995, an underwater research team dived into the cave to 122 meters, but they did not reach the end of the cave.

Suluin, which is located 1 km from the town center in Finike and attracts attention with its mysterious appearance, is known as the İnc İncirli Mağ Cave among the people, and keeps its mystery as a truly undiscovered secret from history to the present day.

Suluin Cave, one of the main natural riches of Phenicia, an important port city in antiquity, attracts the attention of everyone who comes to Phenicia.

In 1955, it was reported that two of the American underwater crews who wanted to do research in the cave reached a depth of 122 meters, but died here, so a ban on entry and diving was introduced. American divers in their dives, Suluin Cave, Asia’s largest underwater cave in the continent, they also identified.

The Antalya plateau is a travertine plateau; water, lime stones by melting. Under this formation, a lot of fresh water springs enter the sea.

The Suluin cave at Kırkgöz is one of the underwater caves filled by these springs and estimated to be dry due to stalactites and stalagmites. The survey conducted in 1995 found that the depth of the cave reached 83 meters and that the entrance to a large hall was entered at a depth of about 45 meters when the canals were further advanced. The walls of this hall are covered with stalactites, travertine pools and other formations. Numerous side arms entering and exiting the hall were found during research dives.

Established at the mouth of Aykırıçay Finike’de bath tradition dates back to the 5th century BC. Baths occupy a very important place during the Lycian period in antiquity. We understand this from the remains that have survived to this day. This tradition is still being pursued today.

It is a bridge consisting of two separate bridges with a total length of 700 m and 41 arches within the borders of Hasyurt.