Posted by Tamer on August 20, 2019
| All About Antalya, Buying Property In Turkey, Touristic Places
| 0 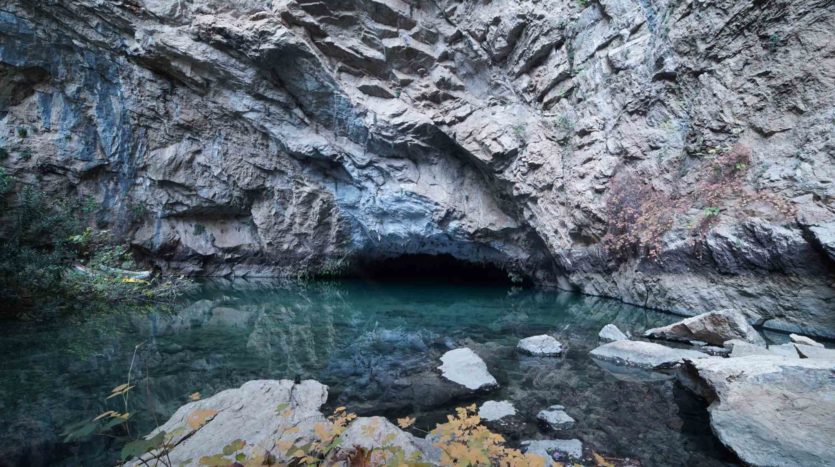 To get to know the ibradi region, we recommend reading the article.

İbradi is a district of Antalya Province. The name of the district is thought to come from the Arabic word ibrad. Local people are Yoruk. It is a region where the Teke Turkmens mostly live from the Salur tribe of the Oghuzes. Kınık tribes are dominant because of Afşar, İğdir and Seljuks. The use of Essential Turkish is very common, and the Essential Turkish spoken in the Akseki – İbradı basin still protects itself. Local people still retain the traditions of Central Asia. Capricorn, goat, shepherd, goat are consumed too much.

Property Investment in Antalya Why the Market is Luring Foreign Buyers

İbradı, which is located within the borders of Psidia, is not known exactly. However, it is estimated that the remains of İbradı and its environs extend to the Roman period. 7 km. away from the village of the Hellenistic Erymnya between the ruins of the ancient city. The necropolis of the city is the rocky ridges surrounding Ormana.

Beratlı, Trabeza, Kurkur, Çuvallı, Aktepe; west of Melik, Toka, Geçkar and Çeçkar, Uluçukur. Incision; north, Zimbit, Obet, Gaydan, Ulucukur, Akpinar, Lok, Pinarcik, Enerli; south of Katara, Montenegro, Akıncı, Kurtgediği is surrounded by mountains. The Gembos and Gemboğazı plains lie between Dereköy and Göynem and İbradı to the north of İbradı. The number is 1300 meters. With the water descending from the mountains, the dollar becomes a lake. The northern end is Taşköprü and the southern end is Başpayam İbradı. The center is called Ortapayam and Erilikli. The land it occupies resembles an almond. The width of this plain is 2 km. length is 15 km. Another plain, Eynif Plain, is located between Toka, Karadağ and Cimriği Mountains. Its width is close to Gembos. The Üzümcü Plain is near Başlar Village and next to Çukurviran Neighborhood of İbradı. It is suitable for planting and pasture. From these three plains, there are other small plains in the district. In 2017, according to the current address-based population registration system, the population was determined as 2.656, 1.228 in the district center and 1.028 in the neighborhood.

Our district consists of 9 neighborhoods. Neighborhoods are scattered depending on the land structure. All neighborhoods have access, telephone and electricity. Generally, the studies are carried out in a state-citizen cooperation.

İbradı is the oldest settlement in the region. It carries traditional Turkish customs and traditions in terms of cultural characteristics. In addition to being dependent on customs and traditions, marital and social relationships are rich. Patriarchal family type is dominant. The public contribution to the common needs of the neighborhoods is quite good. Almost all of the citizens living outside the district have housing in the region. The houses are shaped parallel to the nature and climate structure of the region.

The presence of the district in a mountainous region has improved livestock activities. The most fed animal hair goat. There is no market-oriented production in agricultural activities. Cereal and fruit production are the main ones. Cutting and planting work is carried out from the forests in high sections.

The most important tourism asset in the district is Altınbeşik Cave, which was declared a national park in 1994 with its surroundings. The cave has not been opened to tourism yet, but still attracts many local and foreign visitors.

There are many ruins and historical artifacts belonging to Roman period in İbradı. The most important of these is the Erimna Antique City within the borders of Ormana Municipality. The geographical structure of İbradı has led to the development of a completely different tourism diversity. Especially safari tourism and hiking tourism have been developing very recently. Especially domestic and foreign tourists from Manavgat and Alanya come to see Akseki and İbradı circles at the same time. Most of the time, they visit the buttoned houses in Akseki, walk through the ruins of the old Silk Road, go to Ibradi and stay in small motels in the forest for 1 night. The next day you can see wild horses and ancient cities near the forest. If weather conditions permit, a boat tour is made in Altınbeşik cave. The most important feature of this cave is to cross the underground river. It is possible to walk inside with boats. However, it is often dangerous to close the visit. Especially on rainy days. 7 historical mansions in İbradı have been taken under protection and have been given tourism.

NATURE AND FORESTS OF ibradi:

Due to the height, the sparse forests and the rocky terrain, the herbaceous plant diversity is very common in the region. There is a rich and varied bird campus in the forests with such rich diversity. A lot of birds are frequented here and breeding area.

The region has untouched wildlife in terms of being very mountainous. Especially wild goats, brown bear and wolf are the most popular wild animals living in the region. They are protected. However, in recent years, controlled goats are hunted under state control by taking very serious money.