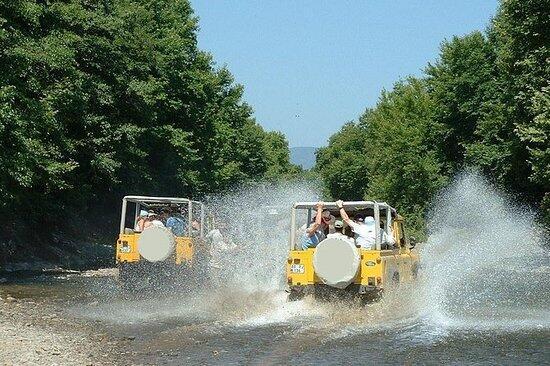 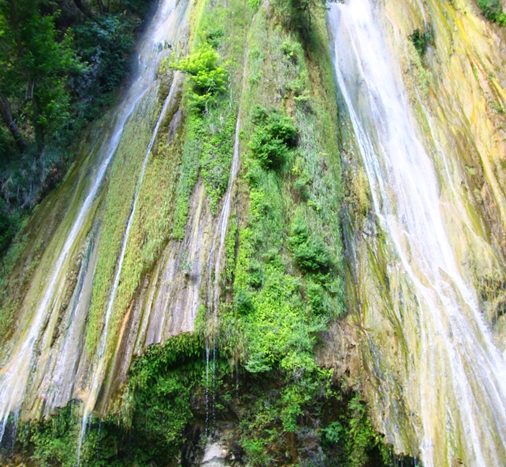 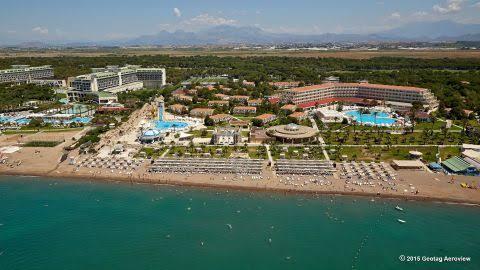 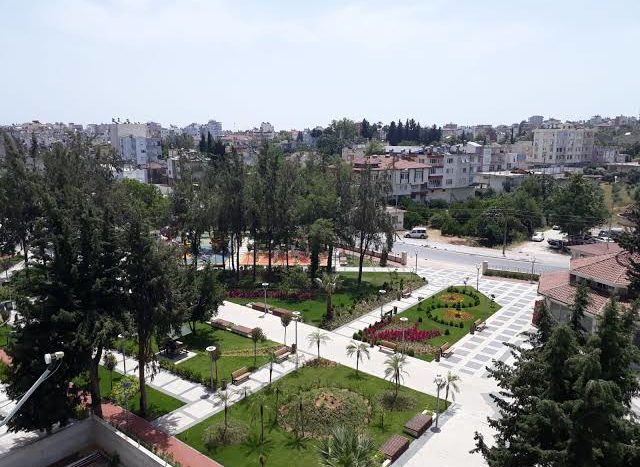 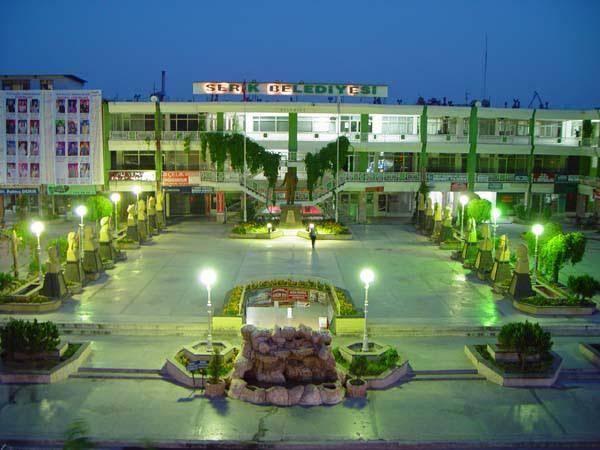 To get to know the Serik area of ​​Antalya, we recommend that you read this article.

Currently, Serik is the 6th largest district of Antalya with a population of 120,790 people, consisting of a municipal district and 66 districts. Serik has power in Antalya tourism. The most popular Belek district in Antalya belongs to Serik.

Congress tourism is a branch of the growing activity of congresses and conferences.

Our district, rich in history and culture, is an ideal congress center with first-class hotel service, many amenities, easy access to major cities of the world, proximity to European countries, natural beauties and suitable climatic conditions. Moreover,Thanks to its endless beaches, the clear blue-flagged sea, the unique forests and the international tourist paradise of the Mediterranean with the standards of resorts and golf courses, our area is quickly becoming a congressional brand in Turkey. The cost advantage is the main feature that helps this progress.

The importance of the appearance of the “Tourism Congress” had the opportunity to expand due to the physical capabilities of our hotels in the region. Numerous national and international conferences Serik, successfully hosting national and international medicine throughout the year, the scientific congress of the most respected companies in Turkey should host a meeting in this region.

In parallel with a changing understanding of tourism, there is an increasing interest in tourism products that are integrated with nature, sensitive to the environment and allow integration with different cultures and lifestyles. The unique geography and climate are born with a rich culture of life in Turkey, this is a very important place. Sources of Turkey, the world more and more resemble each other in the new millennium, and a taste from the past, which was probably noticed. According to modern life,Oriental and exotic motifs, since we are far from nature, various plateaus also cover an authentic lifestyle. The highlands also offer unpolluted air of pristine nature, cold waters such as crystal, a refreshing coolness that will protect even the hottest days of summer, the enchanting beauty of landscapes and food obtained and prepared from animals grown in the natural environment.

Plateau of the Serik region

He is a candidate to become one of the centers of alternative tourism with its pristine natural structures. When crocuses bloom in spring, Yoruki begin to climb the Taurus mountains to graze their animals. During the summer months, when Mediterranean temperatures are effective, exits from nearby settlements gradually become more frequent.

When the altitude rises from the coast, many plant species begin to change in all their diversity. Citrus orchards, shrub species, sandalwood, oak species, sycamore, wild olive, blackberry, melengich, slice, shrub, gum, red bud, strawberry tree, blackthorn, cranberry, bay, pine species, juniper species, beech, calf fir, cedar snowdrop trees, wild cyclamen, daffodil, hyacinth, poppy, thyme, lavender, mint, purslane, chamomile, tulip and so on. All these plants are very common.Activities on the plateau, culture on the plateau and life in untouched nature attracted the attention of other people and allowed them to take part in this lifestyle, and, as a result, as a kind of plateau in the form of tourism on the Meydan plateau. The Serik region is in an important position in terms of the development of mountain tourism, since most of the natural and rural cultural values ​​are alive here.

Kepryuchay, born in the mountains of Taurus and passing through magnificent canyons, flows from the south of Serik into the Mediterranean Sea. Both sides are steep, leading to Kepryucay, fed by underground sources in the canyon, which is almost impossible, this is one of the most beautiful natural recreation areas in Turkey. In addition to this, many archaeological sources, aqueducts, Roman bridges and historical roads increase the importance of this region.

With its rich natural resources for important river tourism, it offers water sports to potential visitors to Turkey. Stream tourism, which is in harmony with the historical, archaeological, cultural and authentic values ​​of our country, forms a single whole with the environment and other types of tourism. 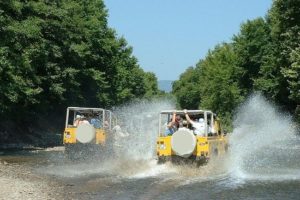 The regional center of Serik is located 38 km east of Antalya. The district center with a 22-km coastline is 8 km inland and has a height of 26 meters. The area is located on a partially undulating plain. The area is 1550 km². Of these, 45,360 ha are agricultural land, and 65,764 ha are forest land. Serik is the central region of Antalya in the west: Manavgat to the east, Buchak district in the north and Sütchüler district in Isparta, in the south it is surrounded by the Mediterranean Sea. Belek, Kadriye and Bogazkent have 55 blue flag hotels located 25 km from Antalya Airport.

Serik is one of the important tourist centers of Antalya, and it is almost impossible not to feel the combination of sea, sand, sun and history. Our area has a mild climate and is a center of attraction for tourists who want to spend their holidays in a warm region in both the summer and winter months.

It is assumed that in the future Serik will become a tourist center. In our area, the Mediterranean climate prevails, in which humidity is on average 55%, and sunny weather is about 300 days a year. For tourists who want to spend their holidays in a warm region, both in summer and in winter. In the Mediterranean Sea, where you can swim even in winter, the average sea water temperature is 17.6 ° C in January, 18.0 ° C in January, 27.7 ° C in August and 24.5 ° C in October. Marine activities are not limited to swimming and cooling.

There is the possibility of sunbathing and hiking all day long on beaches that are completely sandy and range from 80 to 150 meters. You can make boat trips on cruise boats, engage in parachuting and sailing using marine engines. Near the sea, five-star hotels offer tourists a variety of leisure options, including but not limited to bed and board. In addition to the entertainment centers in the disco bars, cultural events such as Turkish evenings, various sports events, shopping, conference rooms, SPA, sauna and Turkish bath are also offered.

Thanks to the consulting services received from the universities, lists of the flora and fauna diversity of the Belek Tourism Center were prepared and a Belek 2000 project consisting of 52 subprojects was prepared. A tourist center with 574 plants, 29 are endemic (only in Turkey) plants, 1 relic endemic (found only in the world in Belek) was identified by the pear Serik (Pyrus Serikensis). In the Belek region, 109 bird species have been identified. (This number is up to a quarter of bird species in Turkey).

The beaches of the region are one of the most important nesting sites for sea turtles (Caretta caretta). In 1999, BETUYAB received advisory services from the University of Hassettepe and began a conservation project with the names “Belek Tortoises of 1999, 2000 and 2001” on a coastline of approximately 30 km.

Since the water from the Taurus Mountains seeps, and does not pour into the greenery around, the waterfall is called Uchansu. Our area is located in the village of Kozan. It is here that the second longest marked tourist trail of Turkey is located, which is located on St. Paul’s Street.

Those who come to see this unique beauty, which offers alternative travel opportunities for 12 months a year, perpetuate these moments by photographing and recording videos. There is also the possibility of cooling by jumping into the icy waters of the lake, which forms in front of a waterfall in a green and beautiful valley. 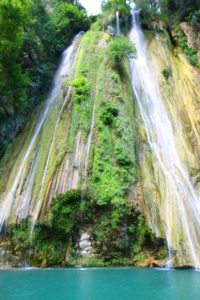 Zeytintashi Cave, which contains stalactites and stone droplets that are estimated to have formed over a million years and are still being built, is located on the southern slope of Zeytintlitash hill, southeast of the Gekcheler quarter in the village of Akbash, 15 km north. Serik district.

The most important feature of the Zeytintashi cave is that it consists of two floors, and its formation is still ongoing. Stalactites, which develop in each part of the cave and reach 5 to 70 cm in length, are characteristic of the Zeytintashi cave. It is impossible to meet stalactites of this size in every cave in our country. During the year, these stalactites grow from 0.5 mm to 1 mm at their ends. One meter of thin stalactites is created in 200 years. Consequently, water flows or falls through stalactites. Due to the flow of water and the chemical properties of the structure, the cave is not polluted and retains its natural beauty.

The opening and closing hours of Zeytintashi Cave, which is visited by an average of 10,000 people every year, are held in parallel with the status of museums.