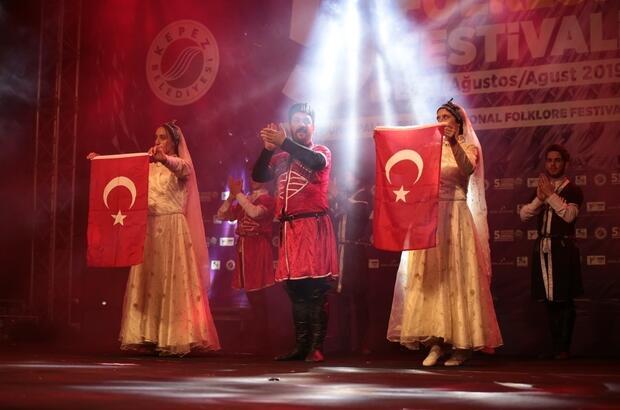 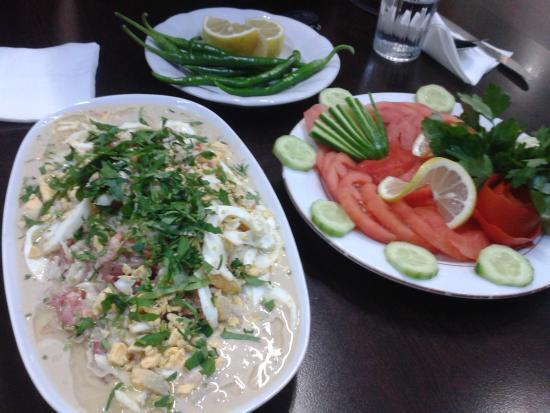 To get to know KORKUTELI in Antalya, we recommend reading this article.

Korkuteli, northwest of Antalya and 60 km. away from Antalya city center. In the western part of the Mediterranean region, the county and district center of the city of Antalya. The surface area is 2,471 square kilometers. It is surrounded by the central district in the east, Kumluca in the southeast, Elmalı districts in the south, Muğla in the southwest and Burdur in the north. Akdağ and Elmalı Mountain, which extends roughly parallel to the west of the territory of the district, and the northern extensions of Beydağları are uneven.

The total population of Korkuteli district in 2016 is 53.347. Temporary migration is observed intensely in the district. From the city to the rural area (Plateaus) in the spring and summer, from the rural area to the city in the autumn months can be seen clearly.

The economic development of the district is very close. The development has accelerated and greatly increased through fruit growing and machine farming and construction of irrigation dams which started after 1960. In parallel with these developments, modern housing of the district center, towns and villages started to show itself. Touristic activity in Antalya is also seen in the district in summer. The general occupation of the people is agriculture, fruit growing, animal husbandry and beekeeping and forestry. Culture mushroom production, which has become widespread in the region in recent years, also contributes to the economy of the district. This fast growing sector in the district has a large share in the country. such as mushroom 70`% of the amount produced in Turkey district has a great rate. Since the main source of this production is sub-household enterprises, the contribution of families to the economy is undeniable. The important agricultural products produced in the district are Apple, Pear, Grape, Wheat, Barley, Bean, Sunflower, Chickpea, Oat and Sugar Beet. Güllük Mountain National Park in the eastern part of the district is an important sightseeing and holiday area with its rich natural and historical values. There are fallow deer and turaç production stations in Düzlerçamı forests. The district of Korkuteli 101.465 Ha. agricultural area, 5,800 Ha. pasture and meadow, 100.337 Ha. Forest and shrubland, 351 Ha. Water Surfaces, 403,13 Ha. Non-agricultural areas and residential areas. 1.166 Ha of agricultural fields. is located in the forest area.

The history of the district can be divided into 5 main sections;

4-The period of Hamitoğulları and Teke Principality,

According to Evliya Çelebi’s article about Lobster, there was a town called İsinda. Isinda Town was founded in the time of Pysidians. In Alaaddin Kisla Neighborhood, the remains of the city belonging to the Pysidians of the town of Isinda are encountered. Pysidia was an independent state within the Hittite Empire. Pamphylia were adjacent to other small states such as Caria and Lycia.

The development of the region in civilization took place after the death of Alexander the Great. In the Hellenistic era, the eastern culture formed a synthesis of western culture. Roman Empire east and west M.S.395 divided into two. During the Hellenistic and Roman periods, the city preserved its importance.

Korkutelinde Roman works are the following.

The SelGuks in the district are the following works.

Antalya and its environs were taken by Yıldırım BEYAZIT in 1392 and the administration was given to his son İsa ÇELEBİ. 1402 After the war in Ankara, Timur took this region from Hamitoğullari and gave Tekebeye to Osman Bey, but in 1423, Osman Bey, who was in the province of Antalya, Hamza Bey in Korkuteli, eliminated him. During the reign of Yavuz Sultan SELİM, his brother Şehzade KORKUT was the governor of Antalya. Şehzade KORKUT, who was afraid of being killed when two brothers were opened, was hiding in a cave near the Osmankalfalar neighborhood, where he was strangled by his brother. Antalya was the Teke Province of the Anatolian province during the Ottoman Empire, and when the province was divided into 1864, it became the center of the Teke Sanjak of the Konya Province. Korkuteli became the district center of Teke Sanjak in 1879. In July 1915, it became the district center of the Antalya Governorate and came to be called Istanoz. With the decision of the Provincial Assembly, the name of the district was accepted as KORKUTELİ in reference to Şehzade KORKUT.

When describing Korkuteli, Evliya Çelebi draws attention to the presence of the castle in the western part of the city. According to Evliya Çelebi, Korkuteli is one of the summer houses of Antalya.

POĞLA Ancient City: The ancient city of Poğla, located in Kaçarlar Höyük, in Çomaklı Village of Korkuteli District, was registered as 1st Degree Archaeological Site with the decision of Antalya Regional and Cultural Heritage Protection Board dated 29.02.2009 and numbered 2940.

Korkuteli district is a district of Antalya province. It is surrounded by the central district of Antalya in the east, the district of Fethiye in Muğla and the districts of Burdur, Gölhisar and Çavdır in the west, Kumluca and Elmalı districts in the south and Burdur, Bucak and Tefenni districts in the north. The surface area is 2,471 square kilometers. It has a height of 1,020 meters above sea level, with a Mediterranean climate of 1/4 and a continental climate of 3/4. The cold air is transferred from the lakes area and the warm air from the Mediterranean region. The average annual air temperature is -5 ° C in winter and +25 ° C in summer.

There is a terrain structure dominated by the plains and hills formed at the back of the Bey Mountains facing the Mediterranean Sea, which is the beginning of the Taurus Mountains. As a natural structure, the slopes and skirts of the Bey Mountains are covered with pine shrubbery and forests, and the flat areas are used as agricultural land. Its main plains are the Korkuteli plain and its northeastern extension, Bozova. Streams such as the Korkuteli River and Bingeçit Creek, where the Korkuteli Dam for irrigation purposes (irrigating 4.300 hectares, was opened for operation in 1975. The height of the foundation is 50.20 m, the water storage volume is 47.5 million cubic meters and the lake area is 2.2 square kilometers.) has. 101,465 hectares of agricultural area of ​​Korkuteli district, 5800 hectares of meadow-pasture, 100,339 hectares of forest and heath, 351 hectares of water surface, 40,313 hectares of non-agricultural and residential areas. 116 hectares of the agricultural area are in the forest area.

The district of Korkuteli belongs to Teke region and descends to the first Turkish tribes who came to Anatolia due to the origin of their people. As a result of the confusion of Tekelioğlu principality in its previous cultures, Folklore is diverse. Although it is not possible to differentiate from the general region of Korkuteli Teke, Kurtbaba, Alibey and Ümmükız in Yarendede are privileged in terms of various legends in the place where the woman is believed to be Dudu. If the oldest history of the district is examined, we will see the more primitive forms of the instrument known as ” Nail Kemençe ” as today’s musical instruments. This instrument has entered our region with zucchini kemane. In general, musical instruments, Nail Kemane, Pumpkin Kemane, Sipsi, Cura, Finger Cura, Kaval and different varieties, Baglama and Drums, Zurna we see. The district is also influenced by Cümbüş, Violin and Clarinet. In the village of Başpınar, accordion and similar musical instruments are played by a band of North Caucasian origin. 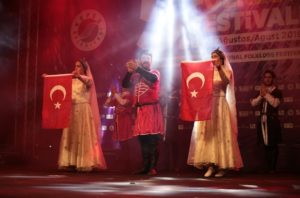 As in almost every region, this region has its own variety of dishes. The most important of these are: Eared Soup, Höşmerim Dessert, Arabaşı, Haside, Cive, Zerde, Şakşuka, Water Dumpling, Baklava, Sarıburma, Tehrana Soup and apple-quince jam and mermal are unique to Korkuteli. In the district, table manners, wedding associations and holidays do not change much, but in some villages, changes. Collective Meals are usually invited to participate in the invitation to adults, middle-aged and small groups to be divided into groups to eat at the table. In addition, women form a separate group in such meetings, both before and after dinner, hands are washed. In general, first soup, then juicy dishes, rice and dessert are brought. In the district, Turkish-Islamic traditions have been observed to be still alive, so great attention is paid to cleanliness before and after dinner. In addition, after dinner, the prayer of the table is read by the oldest in the group. After the prayer, one more bite is taken and the process of eating is completed. Guests are offered coffee after the meal. The catering is made by the youngest man or daughter-in-law of the house, while cologne and cigarette delivery is not neglected. At weddings, men and women entertainments are held separately. Particular attention is paid to this issue especially in village weddings. It is condemned that women are watched by men and men by women during wedding parties. As a result of the developing social operations, the wedding ceremonies organized recently in the district center; men and women are held together (balls). Since marriage is considered sacred in the region, traditions and customs of weddings are tried to be protected with great care. 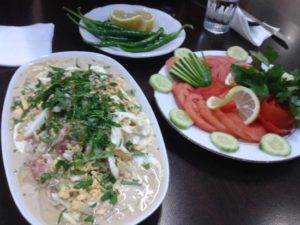 Before a marriage how to deal with girl:

The family of the man who comes to the age of marriage goes to look after the girls in their families’ homes and if they like it, ür Dünür gid goes.. Word cut “or içme sherbet drinking” ceremony is held within a week after the engagement ceremony. It is possible to have a simple ceremony as well as an engagement ball between the families.It is customary to wear jewelry to the girl who will be the bride.

The day before the wedding is done, in the night of this fun brought by the boy’s house is prepared henna, henna bride “Aunt” burns. It is a tradition to say mania when henna is cremated. Henna is burned to the bride’s hands as well as to her feet.

Knitting and embroidery: Sweater, wool socks, booties, gloves, belt, cap, headgear, scarf, knee brace and shawl are knitted in the center-town and villages of our district. In addition to woolen knitting, especially the history of our women and daughters of ancient needlework, lace varieties are in the hands of almost every family member. The people of the district exhibit the most beautiful knitting works by knitting and processing them by pouring hand labor and eye light with various skills. Pico embroidery, which has become widespread in recent years, has become widespread in the region with the contributions of Public Education Center Directorate.