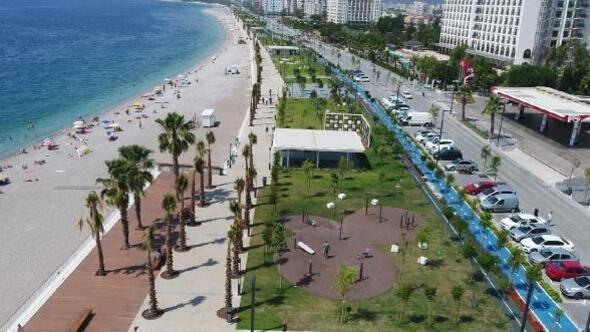 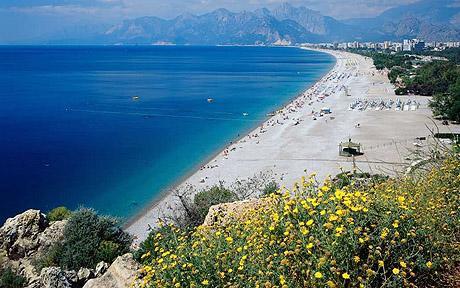 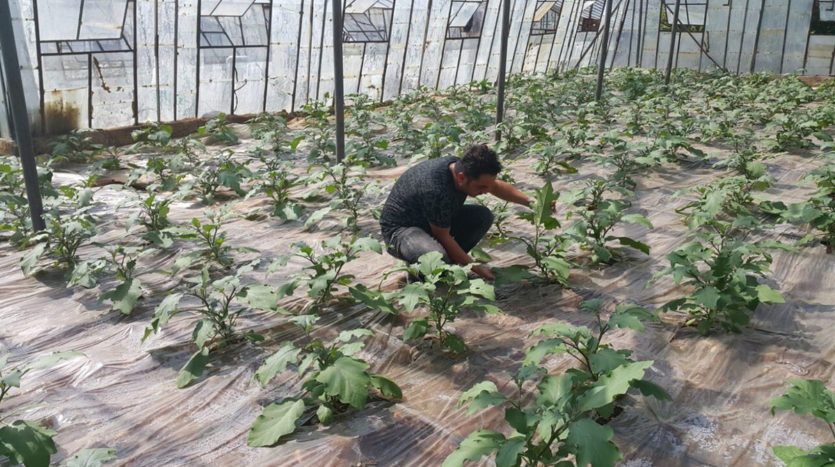 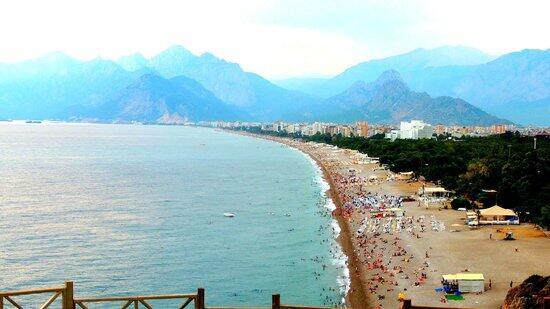 To get to know KONYAALTI in Antalya, we recommend that you read the article.

Konyaalti is a district located at the western end of Antalya, famous for its beaches of the same name. The beach, starting from the point where the cliffs end in the western part of the city, extends for 4-5 km to the port of Antalya. It is located on the Antalya – Kemer highway and is a popular destination for domestic and foreign tourists. It is stated that the region which is called Konyaaltı today is known as Koy Koyaltı biçiminde because Antalya is located on the cliffs until recently and turned into what is said in the folk language. Konyaalti is located within the Lycian borders according to the settlement map of Anatolian Civilizations. Lycia is the border with Pamphilya. B.C. The name of the Lycian civilization, which dates back to 30 years ago, is located in the Konyaaltı region and its name is Olbia.

Regarding Olbia, the Department of Archeology at Akdeniz University has been conducting research excavations for some time. Assoc. Dr. Nevzat Çevik describes the existence of Olbia as follows: “There are ruins that survived in a very wide area from Arapsuyu to Taurus.

While confirming the ancient sources referring to a strong fortress, he revealed that Olbia, whose location has always been discussed, was founded in and around the mouth of Arapsuyu, with the center being Deliktaş. 2.70 m. thickness of the early fortification walls and pier blocks indicate that Olbia is a coastal settlement where watercraft can dock. It is a small settlement built by Solymler who lives in Termesos for the purpose of trade and transportation. However, this settlement also features more than a ‘demos’. In fact, Imhoof-Blumer, ‘BC. He even argues that some Lycian coins made in the 5th century may belong to Olbia. “” … Olbia, the southern neighbor of Termessos, is the fifth city in Pampilia. ‘ The ancient sources from Hierocles to Strabo, compared to each other and the remains we have identified, make Olbia’s place in the Mediterranean geography more pronounced as today’s Arapsuyu. ”

The reason why Attalos II, who had Pamphilia in the name of Pergamon kingdom with the Apameia peace treaty, wanted to establish a new port city right next to Olbia is hidden in the geography of Ancient Olbia: “the pier blocks, identified in some researches made in the early 60s It shows that the sea had entered the west of Deliktaş, which was protected by walls and that the ships had taken refuge. Apparently, this opening was filled with sand walking from the sea and alluvial arapsuyu and became unusable in time. This is one of the reasons Attalos is looking for a new place.

It is evident that Olbia was a homeland to Solymler who wanted to sail to the sea. This dormitory is not exactly a city, but it is strong enough to have a colony called Cadrama in Lycia. However, with the loss of Olbian people who left with Attalos and left under the influence of the new city BC. From the middle of the 2nd century, OLBIA began to lose its importance. However, it is evident that there is a settlement in the Byzantine era … “Assoc. Prof. Dr. Nevzat Çevik states the places they could find as a result of their research:” … At the corner where Pamphilia Gulf faces to return to Lycia in the south west of Antalya, Deliktaş (near Konyaaltı grove) and Arapsuyu are scattered in the area extending to the campus of Akdeniz University in the north and to Boğaça in the west. The ruins start at the nose next to the east of Konyaalti. Terraces descend from the east and north sides of the mound which is 9.8 m high from the sea. Along the upper terrace are the building floors opening to the bedrock. On the southern steep side of the hill, the natural cavity chamber within the semi-independent rock mass descends from the upper terrace by stepped rock. It is understood from the wall nest that opens along the way that the road is hidden and protected by a wall … The building where the whole sea can be seen from its wide span must be a guard room. Remains of fortifications were found at the tip of the higher cliff about 100 m north of this hill; As a result of this research, BC. Tile graves were seen in 5-4 centuries.

Agriculture and tourism in Konyaalti;

Agriculture in our country is a very important sector in terms of meeting the food needs of the country’s population, evaluating the own resources, supplying raw materials for the agricultural industry, contributing to exports, creating employment, increasing national income and strategically.

Agricultural policies are implemented to support livestock and crop production (from soil preparation to planting, from harvesting to processing, storage and packaging to increase the added value of products). Cattle and sheep and goats are registered and health screening and vaccination of small and bovine animals are continuing rapidly. 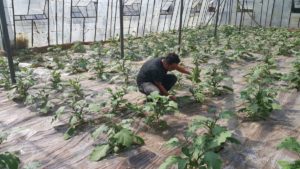 Since the elevation of our district varies from 0 to 2500 meters, it allows the plant species to grow with different characteristics. Vegetable production in our district (open and under cover) Doyran hard-working people who produce up to the foothills of the Saklı Plateau on the coast, our important export product, Doyran Eggplant, tomato and zucchini cultivation, as well as the presence of goats in the district of Saklı Plateau goat about 80% of the goat feeds about 9000 pieces. From the valley of Hacısekililer Mahallesi to the village of Yarbaşçandır above, with different vegetation, Çandır Bean is one of our branded values. With the strawberry of Aşağıkaraman Neighborhood, it provides high income for small businesses. Field crops are cultivated in the higher parts, and animal husbandry is carried out in the region mentioned above and called as Teke Region of Antalya where Yörük life is still going on. Our district has ideal wintering areas for bees and beekeeping is one of our important agricultural activities. Due to its altitude, Konyaalti District has created a rich collection of endemic species. It is grown especially in Saklikent and Feslikan Plateau region. Due to the fact that Antalya Port is located within the boundaries of the district, sales and control of fishery products are kept under control.

Konyaltı is one of the most important districts of Antalya in terms of tourism. World famous beaches and great quality and great hotels are available. It attracts a lot of tourists, especially from Russia. Tourists enjoy sea, sand and sun in this region. The region is a developing region of Antalya. Due to its proximity to the airport, it is the most attractive point for tourists 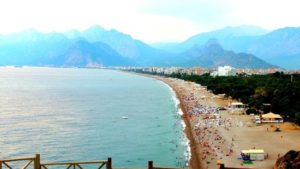